Occupy Boston at Dewey Square - "This is what democracy looks like!" 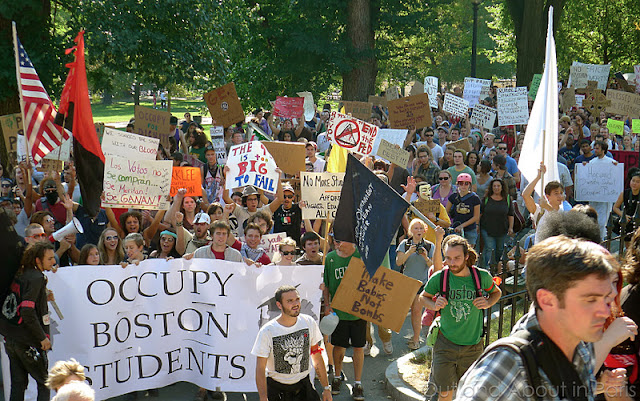 When I was in Paris thinking of the things that I would do while in the United States, photographing an "Occupy Boston" demonstration isn't what I imagined. But after visiting Tent City on Saturday, there wasn't anything else that I wanted to do yesterday afternoon. After all, I'm in Boston and missed the opportunity to take pictures of the Sons of Liberty, the Boston Tea Party and the American Revolution!

Since the only other large protest that I've seen was a strike in Paris, I took a crash course in how they work yesterday.

Before setting out, the protesters were reminded that this was to be a non-violent demonstration and to be respectful of the Boston Police. Anyone who thought otherwise was asked to remove themselves from the demonstration. If the threat of violence presented itself, the protesters were told to crouch down, cover their neck with their hands and assume a position of non-violence.

Chanting slogans and beating drums helped set the pace and mood of the solidarity march:


Twitter has revolutionized the way that people communicate. Take a look at this Tweet that the Boston Police Department sent to the protesters last night:

and the one that Occupy Boston sent to its supporters:

Occupy_BostonWe have five hours to pack Dewey Square with as many people as possible. Hurry down and help us remind BPD what democracy looks like.

Watching all of the college students, nurses, veterans, teachers, families, professors and union members walk through the streets of Boston yesterday was a lesson in democracy. Whether you agree with the Occupy Boston movement or not, be thankful that American citizens have the right to make their voices heard. I wouldn't want it any other way. "This is what democracy looks like." 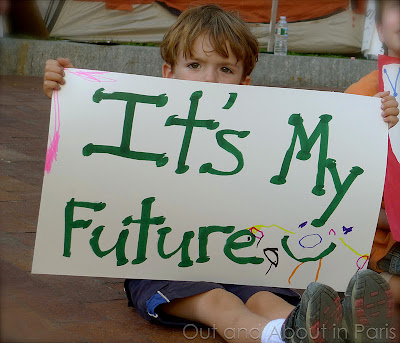 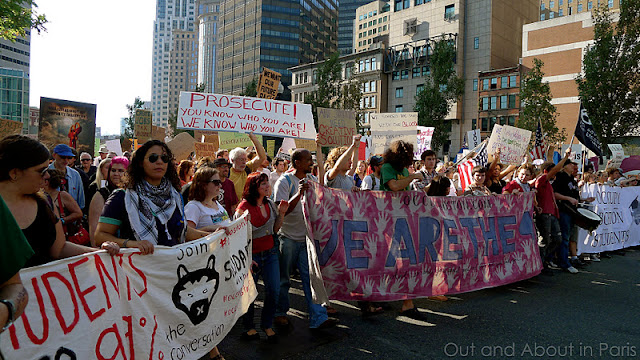 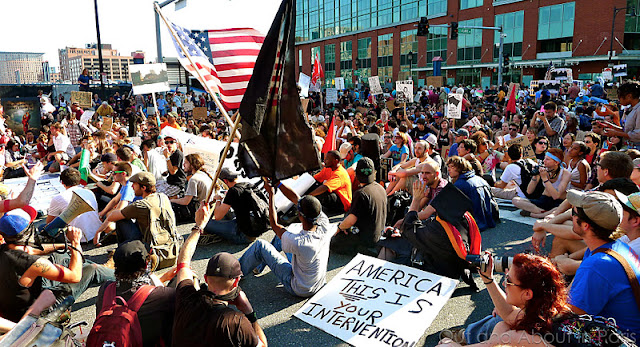