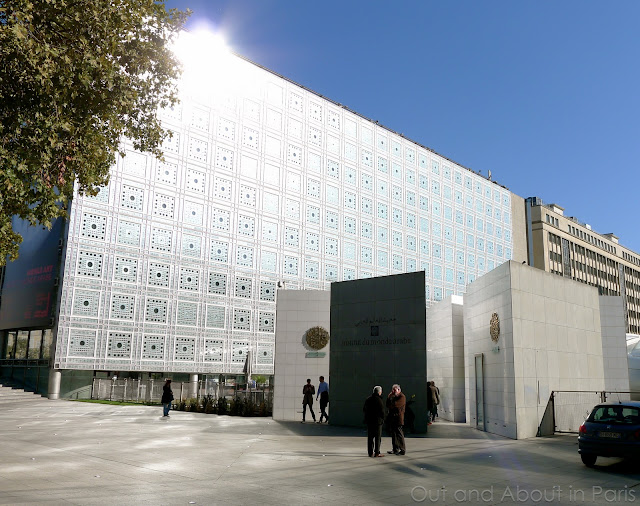 Finding a good restaurant that's open on Sunday isn't an easy feat. I know because we try it often enough and are foiled in most of our attempts. Last Sunday, we decided to think outside of the box and find a place that wouldn't be closed because of religious beliefs or French cultural constraints. Our first burst of inspiration was the Marais, but since the historic Jewish quarter is our standard "go to" spot and we've already tried quite a few of the restaurants there, we scratched our heads and thought some more. Then, voila, the sun shining through the window provided us with the answer -- Le Zyriab, a Lebanese restaurant situated atop the Arab World Institute (AWI). With spectacular views of the city and supposedly delicious food, we had a destination.

As the AWI is ideally located right next to the Seine, I've walked past it on many occasions and have always been struck by the dazzling facade that merges geometric shapes reminiscent of the East with a contemporary Western design. With interesting architectural features, a museum, exhibition areas, a massive library and a restaurant, the AWI merits a visit in its own right. But since it was getting late and I was hungry, we only took a few minutes to study the outside of the building before passing through the security check. 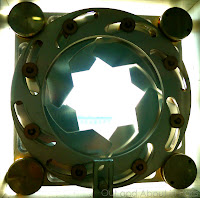 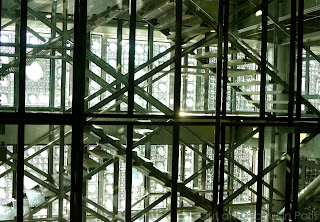 Once inside, we noticed that the 30,000 light-sensitive diaphragms that control the light levels cast a mystical play of reflections on the walls giving the place a magical feel. 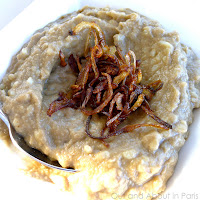 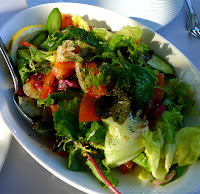 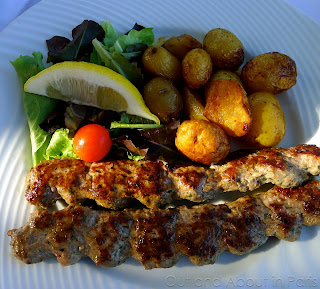 Stephane and I decided to go to Noura's full service restaurant, Le Zyriab, since we wanted to linger and enjoy the views of the city. If you would prefer a faster, less expensive meal, there is also a self-service restaurant on the same floor. While savoring each bite of our moujaddara (lentils and rice decorated with fried onions), Oriental salad seasoned with lemon juice and olive oil and lamb kebabs with a subtle hint of cinnamon, we decided that we didn't mind that all of the restaurants that we had originally wanted to go to were closed.

Lunch, anyone? You can't beat the view of the Notre Dame and the Seine. It's possible to visit the terrace of the Arab World Institute without dining in the restaurant. After the security check, turn immediately to the right and take the elevator to the 9th floor. 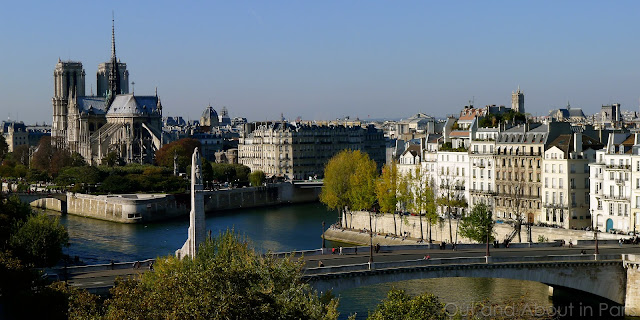