Dressing up for Halloween in Paris? Better hurry - the costumes are going fast! 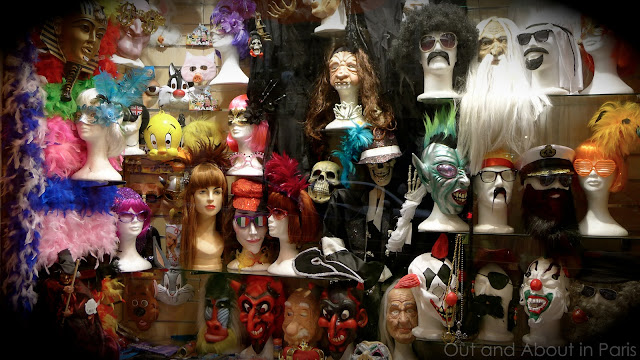 Yikes! Where did October go? Those were my thoughts yesterday when I happened to look at the calendar and noticed that there were only three more days until Halloween! All of a sudden, I realized that I still hadn't responded to Penny's question (in the comment section) about where you can buy a costume in Paris.

Part of the problem has been that I didn't really have a good answer until a couple of days ago when I came across Kerouac's photo report about the rue du Faubourg Montmartre. Without a moment to spare, I jumped on the metro to the 9th arrondissement just as the ghosts and goblins were starting to appear. Scary things happen in Paris when the sun goes down... 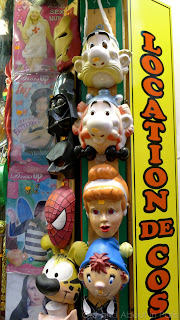 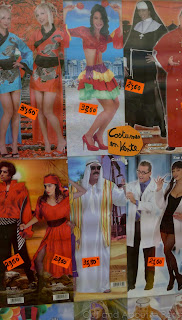 Want to be a sexy female pirate or a doctor? Costumes range in price from Euros 22-30 ($31-42).
Now that you've seen the costumes that Paris has to offer, what are you going to be on Halloween? I'm not sure if it will be a "trick" or a "treat", but I'll reveal my costume on Monday!
Labels: Au Fou Rire Clown Montmartre Halloween holiday insider's tip La Mere de Famille life in Paris