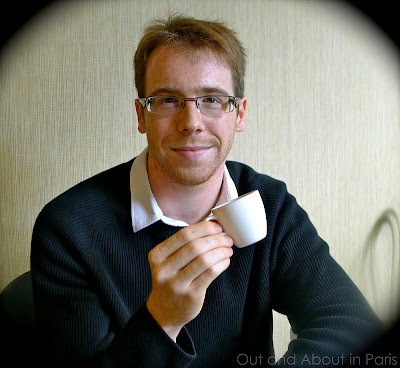 With an espresso cup in his hand, Jean-Arthur Olive (Arthur), Sara and I could have easily been sipping coffee in a charming little Parisian cafe, but since we were actually in a rather generic looking Starbucks with minimal atmosphere, I wanted to find out more about what had brought this Parisian to Boston. Just like many of the other expats in the area, Arthur came here for the academics. After completing a six month internship at Woods Hole Oceanographic Institute (WHOI) as part of his master's degree at the Ecole Normale Supérieure in Paris, Arthur enrolled in the MIT/WHOI joint program and is now a 3rd year Ph.D. student whose research focuses on numerical modeling of tectonic, magmatic and hydrothermal processes at mid-ocean ridges.

Knowing that any discussion about geodynamics would be beyond my depth, we quickly switched to a subject that we both know and love. The mere mention of Paris brought a twinkle to Arthur's eyes and a smile to his lips. When I asked him to describe his perfect day, Arthur sighed and a dreamy look came over his face. His words magically transported us to a cafe in the Latin Quarter, which is where Arthur would begin his day with a cup of coffee, no need to say "espresso" because that's how it's served in Paris.


Arthur's Perfect Day in Paris
Morning: Start with a coffee at La Contrescarpe before going to the Panthéon, which is where many of the great men and women of France are buried, including Voltaire, Victor Hugo, Emile Zola, Jean-Jacques Rousseau, Marie Curie, and Louis Braille. Be sure to take one of the tours that are offered every hour and admire the magnificent views of the city from the external colonnade at the base of the dome. The Pantheon also houses an exact copy of the original Foucault pendulum, the device that proved the rotation of the earth. This so engrossed the two geologists that it was hard to steer them back to the main topic of our discussion - Paris!

Lunch: Arthur's choice of Le Comptoir de Panthéon was unequivocal but pinning him down on what he would eat proved to be more difficult because he jumped from an entrecôte with a blue cheese sauce to duck leg (confit de canard, perhaps?) to salmon. Judging by Arthur's enthusiasm as he imagined all of these different dishes, it seems as if you can't go wrong with whatever you order!

Afternoon: Time to work off all of the delicious food and wine (I'm including wine even though I don't recall that Arthur mentioned drinking any during lunch!).  Stroll through the Luxembourg Gardens, where children sail model boats on the large octagonal pool and adults lounge, read books and enjoy being outside. Walk past the Senate, which is housed in the Luxembourg Palace, and then go to the Blvd. St. Michel. Spend the rest of the afternoon browsing through Gibert and the numerous small bookstores in the 5th and 6th arrondissements, where rare treasures like a geology book from 1902 may be unearthed.

Dinner: Treat your taste buds to some flavorful Korean food at Koredam, 13 Quai de Montebello in the Latin Quarter. With the Seine on your left-hand side, it's a short walk from Shakespeare and Company, the famous English bookstore.

Nightlife: Head to the cheap student bars, like The Mayflower and Le Requin Chagrin, on the rue Mouffetard in the 5th arrondissement. If you're still hungry, get a crêpe from one of the crêpe places. I'm not sure which flavor is Arthur's favorite, but mine is Nutella and coconut.

Wee small hours of the morning: Are you still awake? Then watch Arthur's definitive movie about Paris,  Zazie in the Metro ( Zazie dans le métro).

Many thanks to Arthur for letting me tag along during his perfect day in Paris and to Sara for introducing me to Arthur. 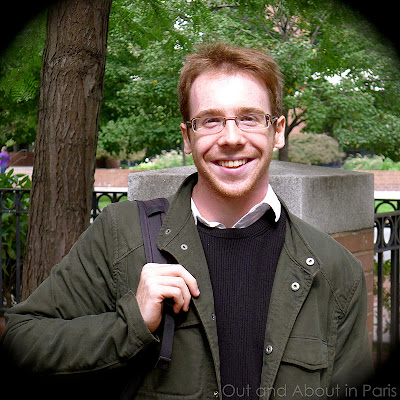