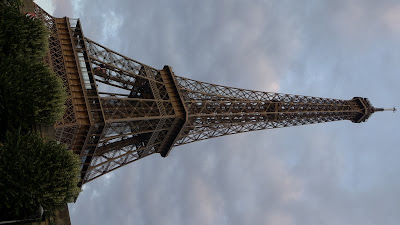 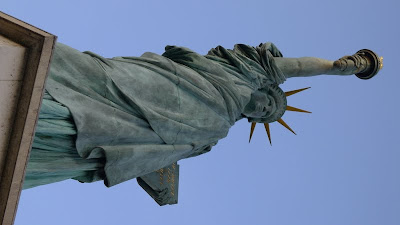 Somewhere over the Atlantic, I took my metro pass, Euros, French credit card, and apartment key out of my purse and replaced them with my American credit card, more than 20 customer fidelity cards (why do I have so many?!), house key, and the dollars that have been stowed in a Ziploc bag in a drawer since January. Once again, I’ve switched lives. I’ve gone from being an American living in Paris to …what? Even though I’m in the United States on vacation, it’s my home, the country where I was born and the one to which I’m the most attached, so why do I always feel a little bit foreign here. Maybe it’s because I can’t follow the conversation when it switches to the latest episode of a popular television show or to the local political scandal that wasn’t covered by the international news. Nonetheless, my heart did a little happy beat when the immigration officer scanned my passport, looked me squarely in the eyes, and said, “Welcome home”.

Anne, Just Another American in Paris, will also be leaving Paris in a couple of days.  But before she does, I would like to say a big “thank you” to her.  I started reading Anne’s blog while the movers were unpacking our furniture at the beginning of March and have found it to be a continuous source of information, quirky insights, and humor ever since. I’m not quite sure what I’ll read with my morning tea now that Anne is moving back to Washington DC, but I do know that I’ll remain grateful to her for being so quick to respond to all of my technical questions about blogging, such as the time that I couldn’t figure out why blogger was spell checking my English posts in French and marking everything wrong. Bon voyage and best wishes, Anne - even though I never met you in person, you are much more than "just another American"!

And what about this blog? Even though I won't be back in Paris until July 17, I'm going to keep blogging while I visit the East Coast.  Come along if you want.  Tomorrow's picture and a song will give you a clue as to where I am.  It's not New York - the Lady Liberty in the photo is in Paris.
Labels: expatriate lifestyle out of Paris United States