The bracelet scam guys near the Sacré Coeur funicular 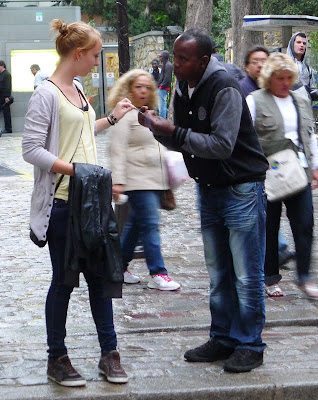 Let me start this post by saying that I feel perfectly safe when I'm "out and about" in Paris on my own.  As in any large city, however, there are precautions that one should take and certain things that it helps to know.  So, just in case you haven't heard about the bracelet scam guys near the Sacré Coeur funicular, here's what I learned from observing them in action.

After strolling around Montmartre, Stéphane and I decided to take a different route to go back to the Abbesses metro stop.  Having heard that the bracelet scam guys supposedly operate at the foot of the steps near the funicular but never having seen them in action, I asked Stéphane to slow down to see if there was any truth to what I had been hearing.  Nope, no suspicious looking people -- just some guys leaning against the trees with their hands in their pockets and a few other men selling Eiffel Towers made out of wire to tourists.  Hmmm, maybe the bracelet guys were just an urban legend after all.  But when one of the men under the tree saw me looking at him with a quizzical expression, he approached, greeted me in a friendly manner, and asked my nationality.  Meanwhile, his hands, which up until that point had been in his pockets, became a flurry of movement while he reached for my wrist.  Seeing the string dangling from his hands, I knew that we had found one of the bracelet guys.  When we insisted that we weren't interested, he reluctantly left with a parting piece of advice to smile and be happy. 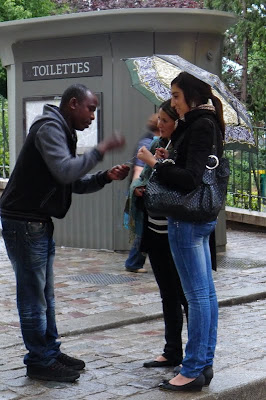 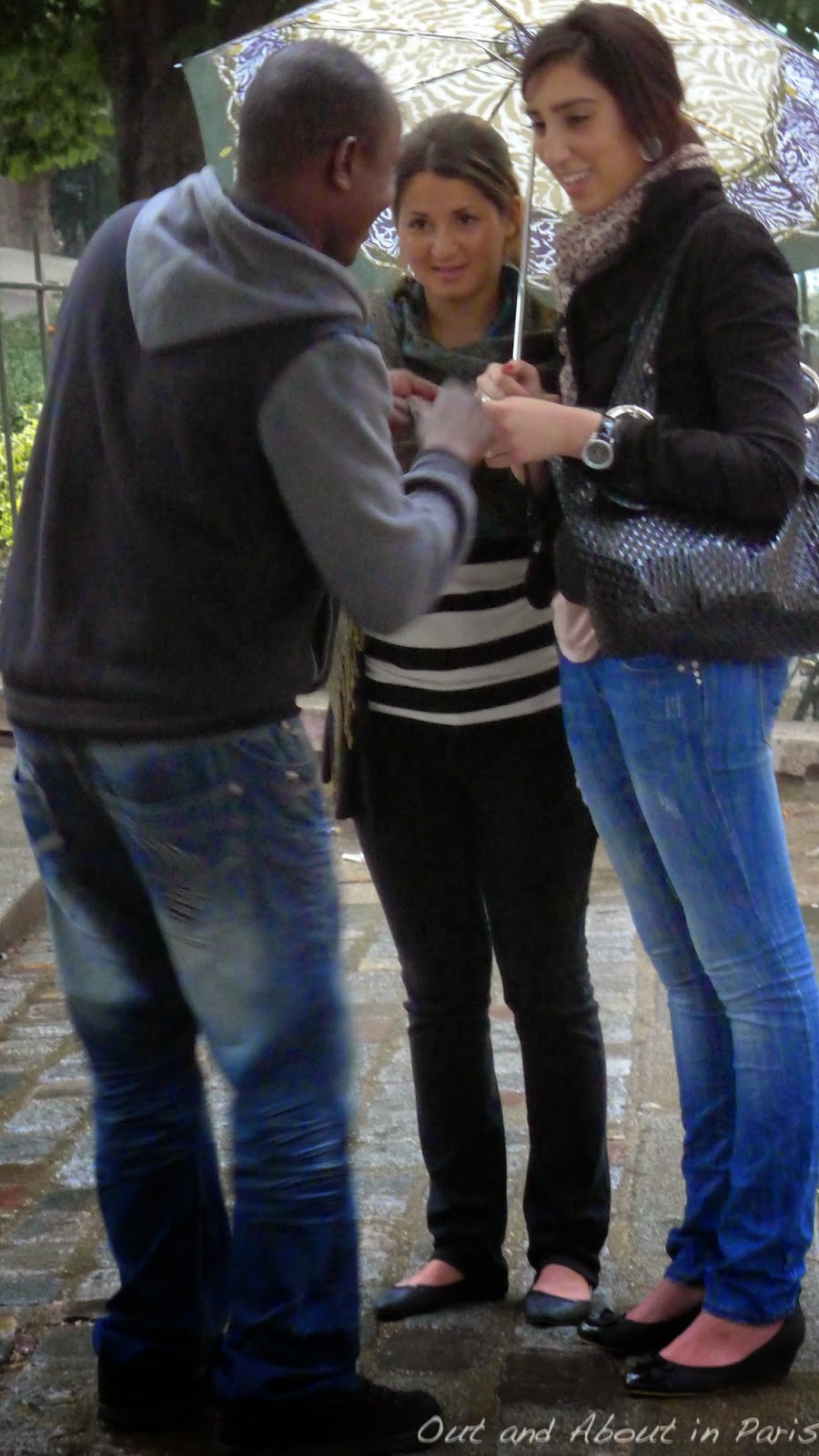 Asking for ten minutes to conduct some sociological research, I was able to convince Stéphane to let me observe the bracelet guys while they selected their targets.  Not surprisingly, they rejected everyone who walked with an air of purpose and who had a "don't mess with me" attitude.  They zoomed in on single women, small groups of young women, and young couples.  I did not see them approach any men.

How does the scam work?  While distracting you with a constant stream of friendly chatter, they quickly weave strings around your fingers and wrist and then brazenly demand payment for the friendship bracelet.

While reviewing the photos for this post, I was struck by the smiles on the young women's faces.  As a 47 year old woman, who has become more savvy with age, it occurred to me that I would have been just as trusting on my first trip to Europe.  The young women's facial expressions in the last photo is particularly telling.  For when the man's demeanor changed and he demanded money for the bracelet, they realized that they had misunderstood his intentions, which is an unwelcome feeling any time but even more so when you're in a foreign city.

And just in case you're wondering about the ethics of me taking pictures while the bracelet guy pulled his scam on the young women, it actually worked in their favor because he let them go without paying as soon as his friend warned him that I was taking photographs. 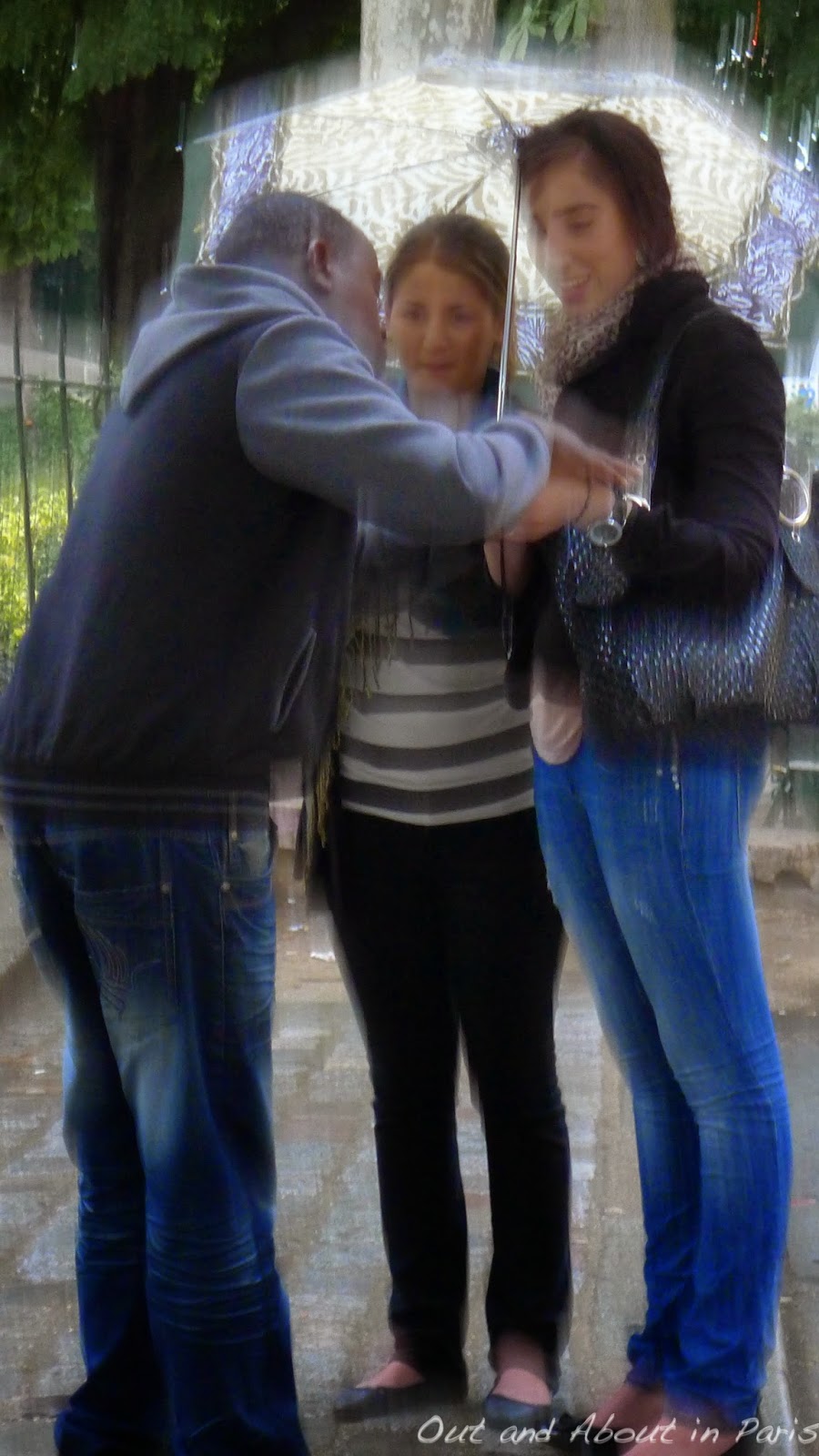 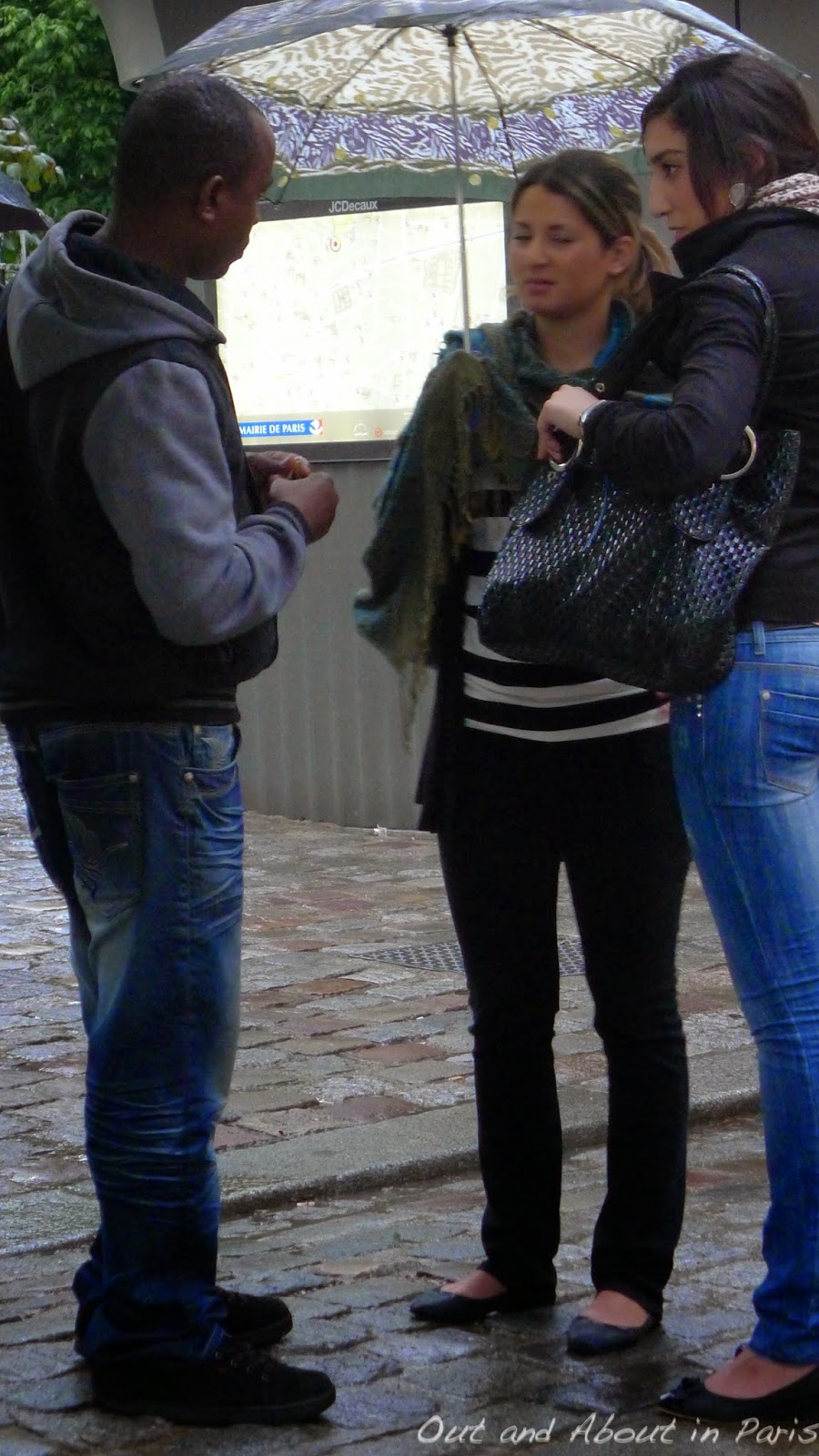