It's Paris Fashion Week. Want to see Beyonce and the other "beautiful people"? Follow the horses... 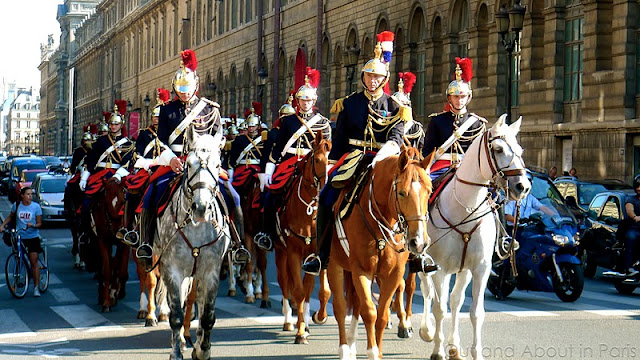 Serendipity - I love that word! Maybe because some of the best days in Paris are the unscripted ones when I just follow my nose to see where it will lead me, like yesterday. After having lunch with a friend at the Bistrot Vivienne, I decided to stroll down the Rue de Rivoli before going home. And that's when serendipity decided to take me for a ride. The only thing that I had to do was follow the horses that were clippity clopping down the street. 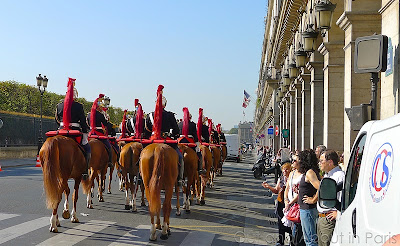 We passed hordes of people snapping photos on the Rue de Rivoli, turned right on Rue de Castiglione and ended up at the Place Vendôme, where the vintage cars participating in the annual Paris-Deauville Rally made me wonder if I had unwittingly stumbled back in time to "The Roaring Twenties". 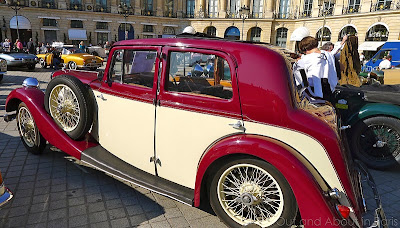 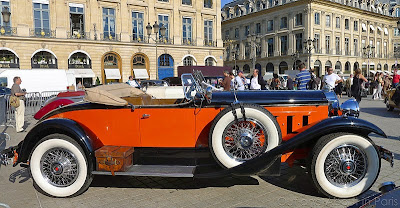 While I was wandering back and forth between the troop of horses and the elegant cars, these newlyweds appeared as if out of a fairytale. 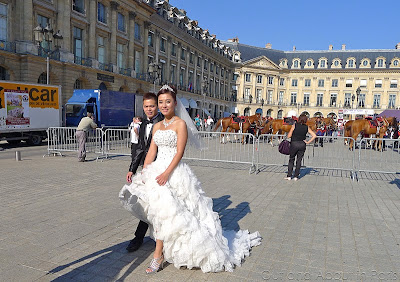 And then I noticed that there was a large crowd gathered in front of the Ritz, where a young Obama look-alike was talking with the press. Who is this guy? I don't know, but all of the professional photographers were taking his picture so I snapped one, too. [Edit: Many thanks to Mingou for identifying our mystery man. He's Guillaume Hoarau, a professional soccer player for Paris Saint-Germain.] 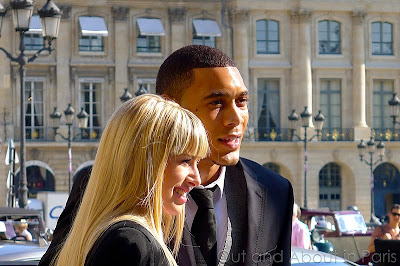 Following the horses had led me to the "beautiful people", who were gathered at the Ritz for the Paris Fashion Week show featuring the deluxe ready-to-wear creations for women by designer Barbara Bui. 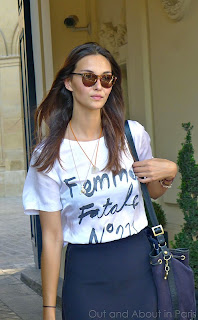 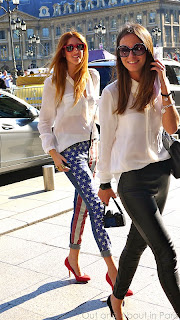 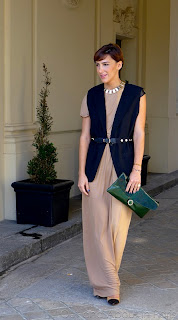 The mood in the air changed ever so slightly when yet another glossy black car glided to a stop in front of the hotel. The photographers jostled for a prime spot and one asked, "Beyonce, how are you enjoying your stay in Paris?" [Edit: Many thanks to pipirupi and ATX_28 on TA's Paris Forum for telling me that this is not Beyonce! It's Ciara.] 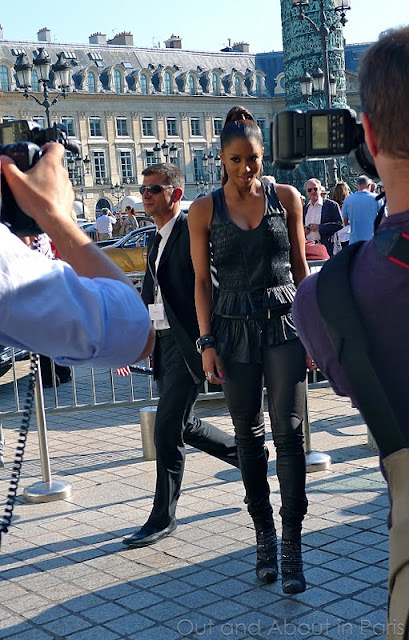 Feeling fortunate that I didn't have to wait for the beautiful people to reappear after the show like the crowd clustered around the entrance of the hotel, I said goodbye to serendipity and headed home. 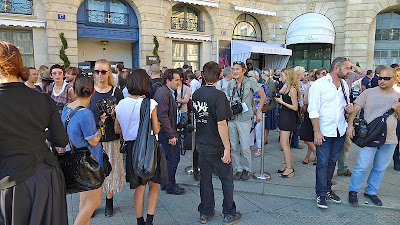