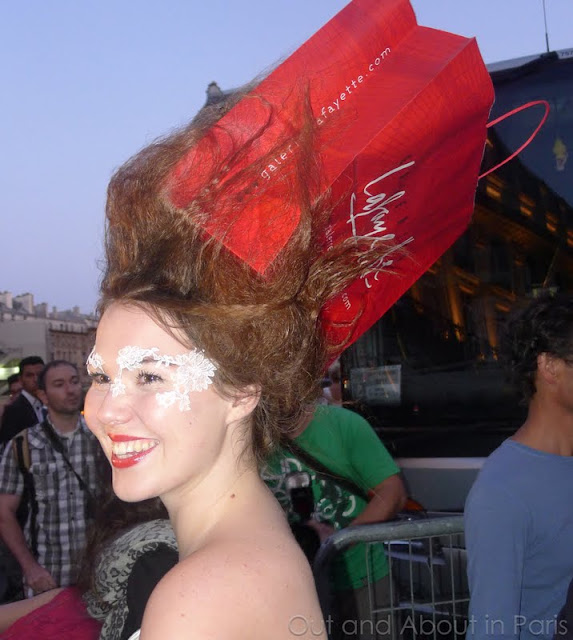 Have you ever had one of those evenings when the only thing that you wanted to do was relax in a hot bath with a glass of wine and a good book? That's exactly how I felt after a wonderful bike ride along the Marne River with Bruce, Jane and Phread yesterday. My bottom was sore, my legs were tired and I just wanted to take it easy.

But since I've been making such a big fuss about the World's Largest Fashion Show at Galeries Lafayette, I hopped in the shower and got dressed to go out for the evening in record breaking time. Meanwhile, a little voice in my head kept asking, "Are you sure that you really want to do this?" Surprisingly enough, the answer was a resounding, "Yes!".
And am I ever glad that I went because it was an amazing night. The energy in the air was palpable as people sang and moved to the tunes played by the super-hip 69 year old DJette, Ruth Flowers (Mamy Rock). Walking past the area where the models were waiting to make their appearance on the catwalk, I noticed that a few of them looked slightly nervous but that most of them projected a contagious sense of enthusiasm that spread throughout the crowd. After all, these weren't super models -- these were people like you and me who were making their dreams come true. Bravo!

Update: If you would like to see more photos of the models on the runway, click here to see the pictures that Galeries Lafayette posted on Flickr. 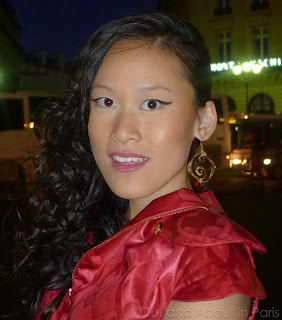