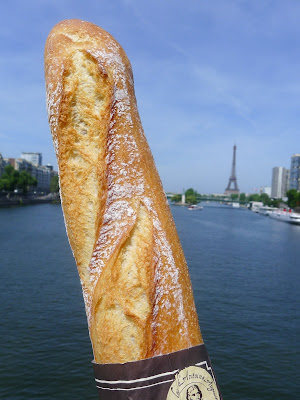 I did something very un-Parisian yesterday.  I spent 35 minutes travelling on two different metro lines to buy a baguette.  But don't make the mistake of thinking that this was just any old baguette.  To the contrary, this was Monsieur le Président's baguette, or at least that's how the regular customers of Au Levan d'Antan have started referring to the baguettes after the baker, Pascal Barillon, won the Grand Prize in the "Best Baguette in Paris" competition on May 3, 2011.  Along with this honor comes the responsibility of supplying Monsieur le President de la République with baguettes for an entire year, which explains why the locals jokingly use that name to ask for a "baguette de tradition". 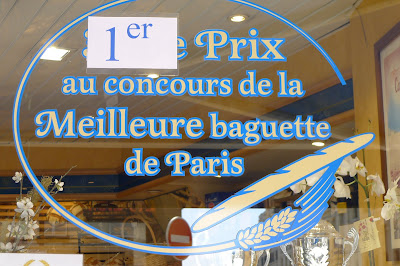 Was the baguette delicious?  Yes.  Would I travel that far for a baguette on a daily basis?  No way!  First of all, I looked pretty strange carrying my baguette on the metro, although I did have a good time imagining the damage that I could inflict on someone if they tried to steal my cell phone or if they made the mistake of pushing in front of me.  Imagine the headlines, "American Woman Brutally Assaults Locals in the Parisian Metro with a Baguette"!  But seriously, I felt like a traitor carrying that foreign baguette into my apartment.  After all, my bakery makes baguettes that are equally as good and they're only a 3 minute walk from home.  Plus, there's something to be said for loyalty.  The women at my bakery greet me with a warm smile and know that I like my baguette "bien cuite", which means well-baked or with a slightly darker crust. 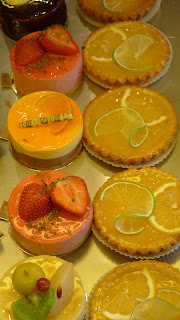 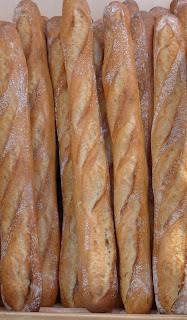 Even though I'm not going to make another special trip across town to buy a baguette, I highly recommend visiting Au Levan d'Antan if you're anywhere near the Abbesses metro stop.  In addition to their baguettes, they have lots of other tasty looking items, including the "Oranais" pastry that I couldn't resist having for dessert.  The part that didn't end up on my jeans was scrumptious. 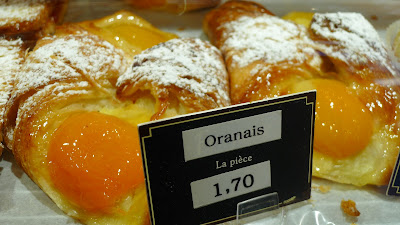 The following bakeries placed in the top ten in the 2011 "Best Baguette in Paris" competition.  I printed the list and am carrying it in my wallet so that I can sample the other baguettes:
Related posts:

The Best Baguette in Paris

Click HERE to read about another Paris blogger's experience as a judge for the 2010 "Best Baguette in Paris" competition.  Scroll down to the bottom of the post to see a great video clip of bread expert, Steven Kaplan, discussing baguettes with talk show host, Conan. 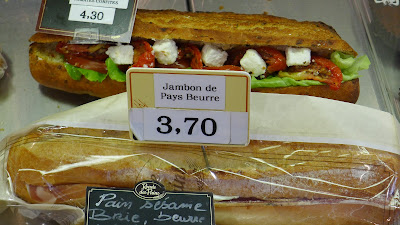