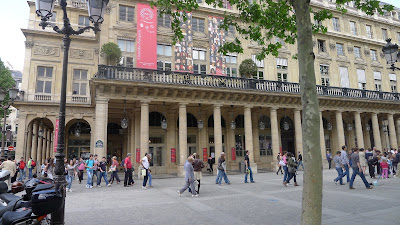 Like the people in the picture, I used to walk past the Comédie-Française without giving it much thought, but since one of my American friends, who used to live in Paris, kept encouraging me to go to some of the productions, I decided that it was time to put my French comprehension skills to the test.  A Streetcar Named Desire, the first American play to be performed at the Comédie-Française during its 330 years of existence, seemed like the perfect choice because I was already familiar with the story and was intrigued by director Lee Breuer's idea to use a succession of different sized Japanese screens to give the play a cinematographic feel. 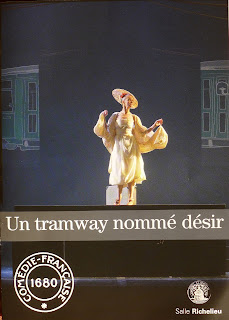 In keeping with the traditions of the Comédie-Française, the play had to be performed in accentless French rather than in the patois of New Orleans, so the Japanese staging was intended to serve as a metaphor for the Old South and to convey the subjectivity of Blanche's world, where life is a dream.  Being used to more traditional productions, I found the sliding screens to be a bit of a distraction during the first act but was gradually eased into the magical quality of the play by the outstanding performance of Anne Kessler, the actress who played the role of Blanche DuBois. 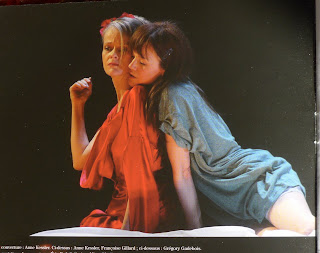 A Streetcar Named Desire is playing at the Comédie-Française until June 2, 2011.  Even though we hadn't booked tickets in advance and the play appeared to be sold out when we looked online, my sister-in-law managed to secure seven tickets for the matinee performance on Easter Monday by going to the ticket office at the Comédie-Française on the day before the show. 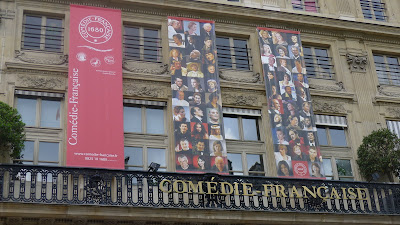