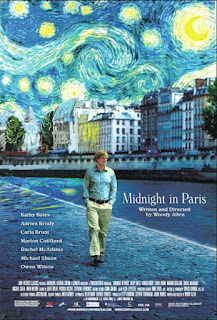 While watching Woody Allen's new movie, "Midnight in Paris", I was struck by how beautiful Paris looks on screen.  She's a real star!  And without belittling her intellectual capacity, much of her allure is due to her physical beauty -- the Seine, the quaint streets, the lights twinkling on the rain splattered streets. 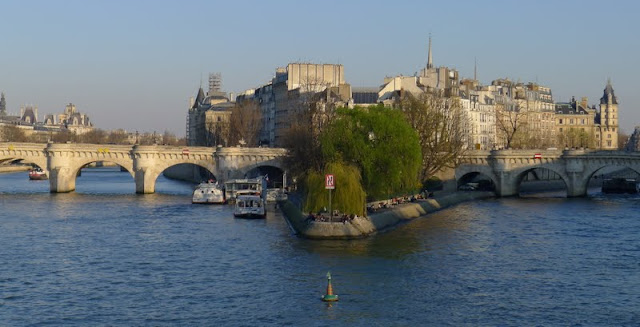 So, imagine how different Paris would be if Napoleon III had hired someone other than Baron Haussmann to renovate Paris, someone like the Swiss born Le Corbusier, who thought that a house should be as efficient as a machine.  I know that Le Corbusier lived in a different era than Napoleon, but like Gil Pender, the disillusioned screenwriter in Woody Allen's movie, I'm letting my imagination reshape the past.

The "Art Nouveau Architecture in the 16th District" tour that I did with Paris Walks yesterday is responsible for these reflections.  Admittedly, I don't know very much about architecture, but after seeing what Le Corbusier's influence did to the cityscapes of Switzerland, I prefer living in the more distant past than Le Corbusier's 1920s.  Paris wouldn't be such an attractive star if the majority of her buildings resembled the ultra-modern house with lots of horizontal windows that le Corbusier designed at the Square du Docteur Blanche. 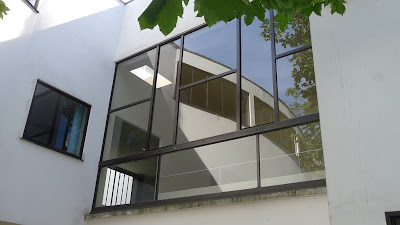 Just a note about "Midnight in Paris", which has been aptly described as Woody Allen's love letter to Paris - I'm so glad that I waited to see it with my good friend, Heidi, who is visiting from Switzerland.  We laughed, we nudged each other whenever a familiar site came onscreen, and we clapped with the rest of the audience at the end.  Sure, it's light and frothy, but it was such a pleasure to walk out of the theatre and to marvel at the beauty of the city shortly before the magical hour of midnight.