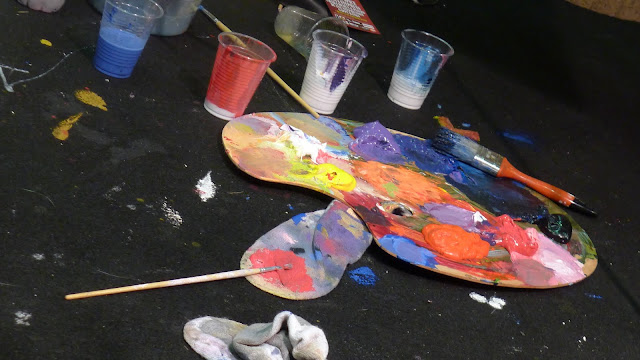 The tension in the air was palpalable as American artists from New York and Los Angeles battled French artists at Forum des Halles on Saturday.  In a flurry of flying paint, the six artists transformed their blank canvases into masterpeices of pink pigs, elephants, and rabbits floating in the air, some kind of bird that I wish that I could identify, and a variety of women, all of which represented their interpretation of the designated theme, "dreams". 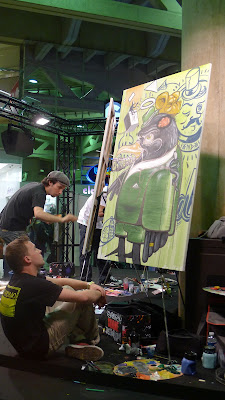 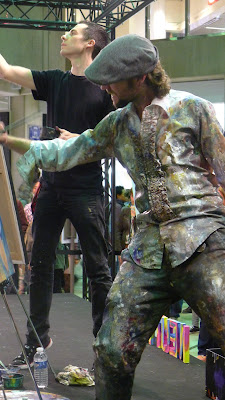 Watching the artists was a fascinating study in human nature, for while one of the French artists had a laid back approach and spent a significant amount of time studying his creation with a somewhat detached air, another one from Los Angeles used his clothes as a cleaning cloth and appeared to be immersed, physically and emotionally, in his painting. 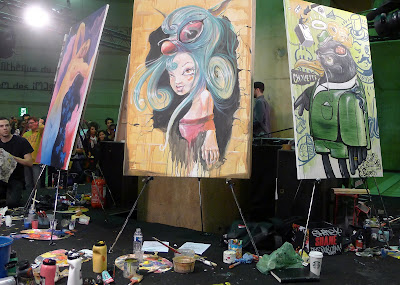 After Lydie Jay, the D.J., instructed the artists to lay down their weapons, they exhibited a friendly comraderie while viewing the creations of their fellow competitors.  Meanwhile, the audience was asked to select the winner of the battle by standing in front of their favorite painting and cheering for it. 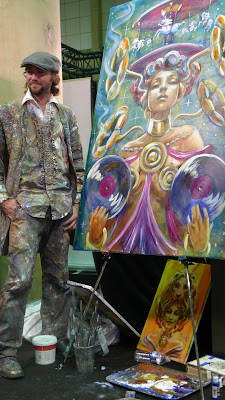 The overwhelming favorite was Michael Pukac, the paint spattered artist from Los Angeles, whose painting equalled the amount of enthusiasm that he exhibited while creating it.

According to their website, Art Battles began as an initiative to make art more accessible through live art events and competitions that allow emerging artists to display their talents to a larger audience. 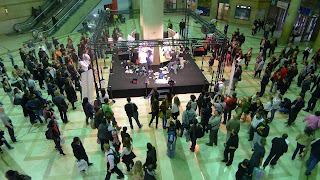 If you missed seeing the American and French artists in action last weekend, here's the schedule for next week's battle at Le Place Carre at Forum des Halles: 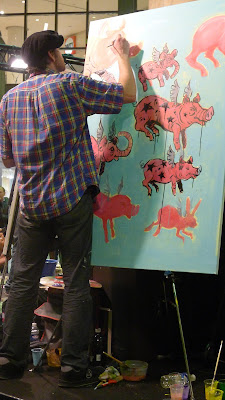 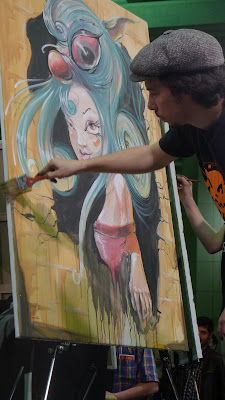