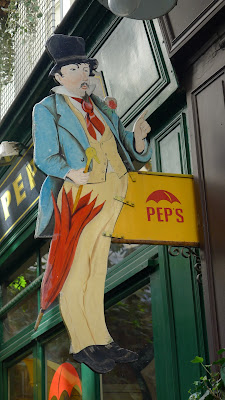 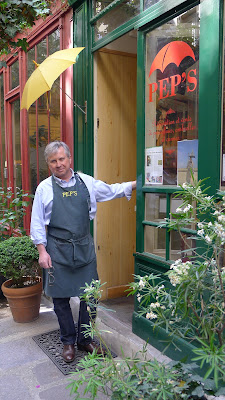 Why would anyone want to repair an umbrella when it's possible to purchase an inexpensive one for a couple of Euros?  Thierry Millet, the proprietor of Pep's, says that people bring their "sick" umbrellas to him for three main reasons: it's less expensive to repair an old umbrella than to buy a new one, they have a sentimental attachment to their broken umbrella, or they wish to protect the environment from the 15 million umbrellas that are thrown away in France every year. 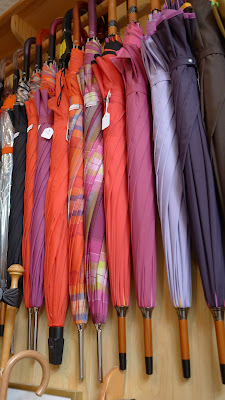 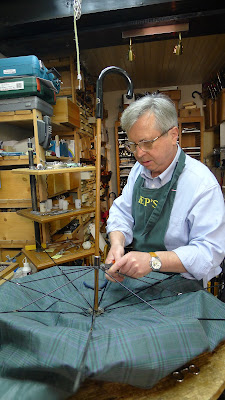 Mr. Millet, the only umbrella repairman in France*, welcomes people from around the world into his shop in the charming, yet somewhat hidden, Passage de l'Ancre Royal.  They come bearing 8-10,000 broken umbrellas per year that are in need of his expert attention.  After analysing the problem, Mr. Millet gives his diagnosis and proposes a price to repair the umbrella.  If the umbrella is beyond repair, it can be disassembled and the parts recycled to extend the life of another umbrella.
Classified as a "Living Heritage Company" by the French government, Pep's is a cultural curiosity that shouldn't be missed.  I'm pleased that "Meeting the French" organizes these visits with skilled artisans because the enthusiasm and pride that they bring to their craft is evident.  If they are not offering a tour to Pep's while you are in Paris, I strongly encourage you to stop by his store on the delightful Passage de l'Ancre Royal.  It's well worth the trip, especially if it's raining and you need to buy a new or used umbrella!  Pep's is open M-Th 1:30-7:00 p.m. and from September to May on Saturdays 9 a.m.-12:30 p.m.
*UPDATE:  After writing this post, several readers wrote comments telling me that there is another umbrella repairman in Paris.  Please see the related post, Fashionable and Functional: Parasolerie Heurtault. 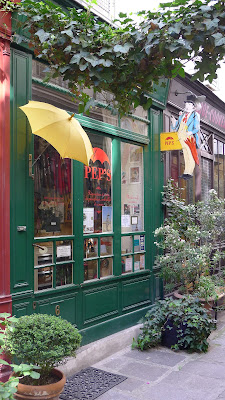 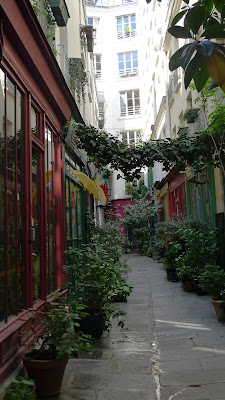