Albert-Kahn Gardens: An Oasis of Serenity 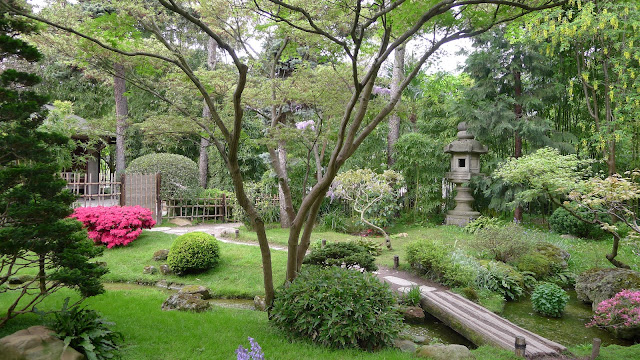 The discordent sounds of the city, close encounters with sweaty bodies on the metro, rushing from here to there --- sometimes it's necessary for me to slow down the tempo of my life, so when Laurence suggested a visit to the Albert Kahn Museum and Gardens, an oasis of serenity on the outskirts of Paris, I gratefully accepted her invitation. 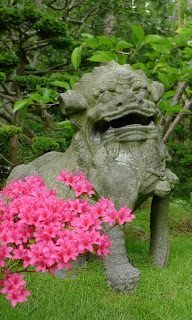 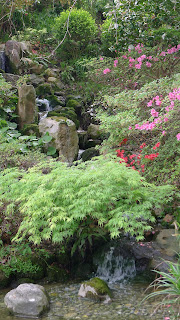 As it was a beautiful day, we decided to forego visiting the museum and to devote all of our time to strolling through the different gardens that were inspired by Kahn's desire to acheive universal peace by fostering respect for other cultures.  While I'm sure that the French and English gardens are lovely at other times of the year when the flowers are in full bloom, the highlight on the day of our visit was the Japanese garden.
﻿ ﻿ 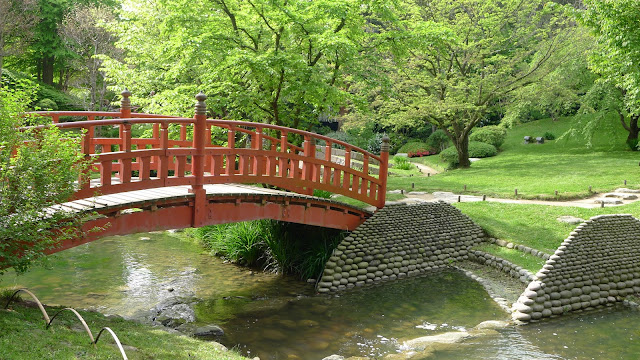 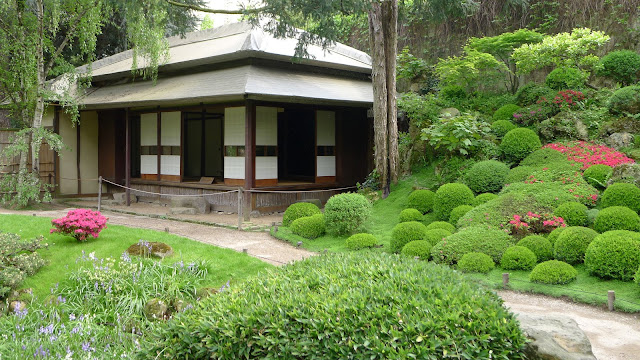 Albert Kahn created a small Japanese village after being influenced by a trip to Japan in 1897.  The two houses were constructed by Japanese craftsmen using materials imported from Japan and are thus recognized as a part of that country's cultural history.