The Best Baguette in Paris!

Something has happened since we moved to Paris, instead of sticking to a daily routine, I find myself waking up to a smorgasbord of options that I can't wait to sample.  So, when I saw that the "Marie de Paris" is holding a lottery for a place on the jury that will select the best baguette in Paris, I thought, "Why not?" and submitted my online application.

Even though chances are slim that they'll draw my name, I'm doing a crash course on baguettes in case I'm invited to join the panel of bakers, journalists, and celebrities that will use five criteria (taste, crumb, smell, baking, and appearance) to award points to the baguettes. I'm fairly sure that I can discern if a baguette looks, smells, and tastes alright, but assessing the crumb is proving to be a more difficult concept to grasp.  Fortunately, my friend, Linda, gave me Steven L. Kaplan's book on the best boulangeries in Paris because it has a section dedicated to crumb.  According to Kaplan, who is widely recognized as the preeminent expert on French bread, it's the crumb rather than the crust that really makes the difference between a good and a bad baguette.  Desirable crumb is the color of cream, with a texture that is neither sticky nor fluffy.


﻿﻿﻿﻿﻿﻿Where can you find the best baguettes in Paris?  In a boulangerie, but be sure that the sign says "boulangerie" and not something else like "Le Fournil de...".  Ever since the government enacted "The French Bread Law" in 1993 to protect artisan bakers from the onslaught of industrialized bakers, boulangeries are only allowed to sell bread that has been mixed, kneaded, leavened, and baked on the premises.  A golden wreath in front of the store indicating that the boulangerie produced a former top ten baguette is also a good clue to finding a tasty baguette, as is a long line of French people patiently waiting to buy their bread.
﻿

Which baguette should you select at the boulangerie? The "baguette de tradition" because it has never been frozen and is additive free.

You'll know that you've found one of the best baguettes in Paris when you have to stop and savor it. 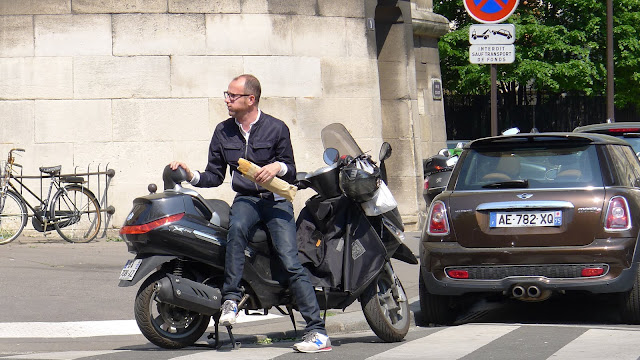 Click HERE to view the segment that the BBC did on last year's winner of the "Best Baguette of Paris" competition, M. Djibril Bodian, who caused quite a stir because he isn't French by birth.  Mr. Bodian won Euros 4,000 and the title, "Mr. President's Baker", which means that he has had the honor of supplying the Élysée Palace, Mr. Sarkozy's official residence, with bread for the past year.
I'll post the winner of the 2011 "Best Baguette of Paris" as soon as it is announced after the competition on May 3.  With any luck, I'll be on the jury!
Related Post with the address for the best baguette in Paris 2011:
Monsieur le President's Baguette 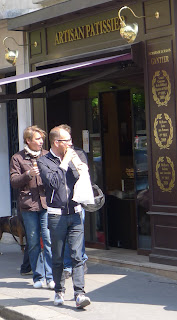 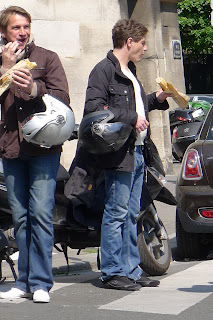