The Visit to the Milliner's Boutique That Didn't Happen 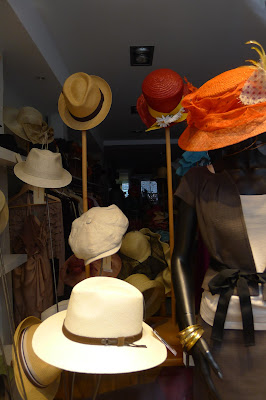 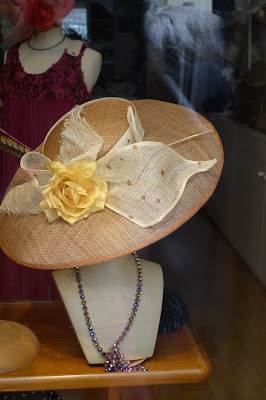 It's always a bit hard to get myself going on a grey Monday morning, but it was different yesterday because I was planning to visit Laurence Boisson's boutique, something that I had been looking forward to ever since I booked the tour with "Meeting the French" a few weeks ago.  Now, in all honesty, I have to admit that I haven't actually done a tour with "Meeting the French" because the other tour that I had booked was cancelled due to lack of participants.  For some reason, I guess that there aren't that many people interested in visiting a glyptician.  I was, however, hoping that things would be different today because I really do want to like this company that offers people the opportunity to meet local artisans.

Unfortunately, even though the "Meet the French" guide had reconfirmed the visit with Laurence Boisson on Friday, we ended up standing outside the boutique for 30 minutes, with no designer in sight.  After our guide made numerous attempts to reach Laurence, we left with the promise that they would refund our money or reschedule the visit at a later date.  I'm keeping my fingers crossed that things will go better with the tour of the herbalist shop that I have booked with them today.
﻿ 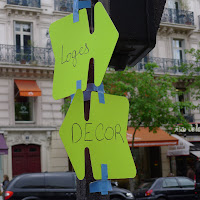 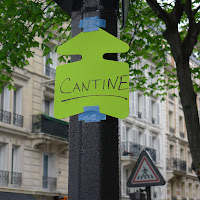 The canteen was next to the famous café, Les Deux Magots
﻿The film crew for the movie, "Mauvaise Fille" (see first post), proved to be equally elusive.  I saw plenty of signs, literally, that they were in the neighborhood and moving vans full of cameras, lights, and equipment, but the actors seemed to be in a guarded courtyard.    I guess that I'll just have to wait and see the movie.