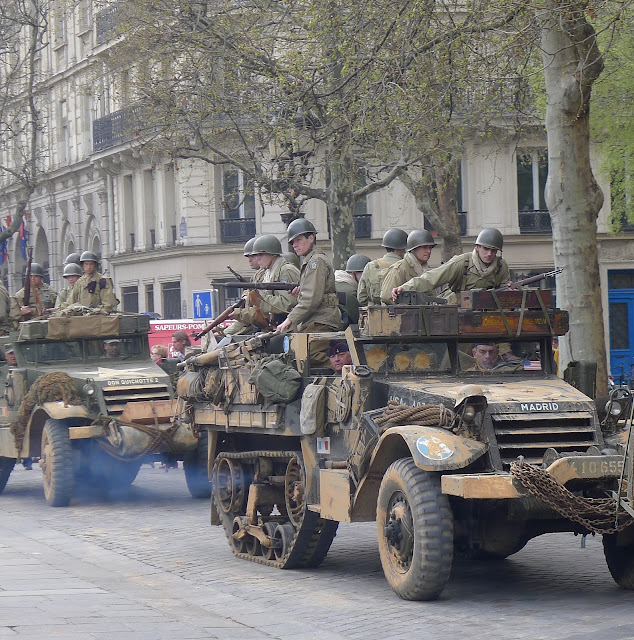 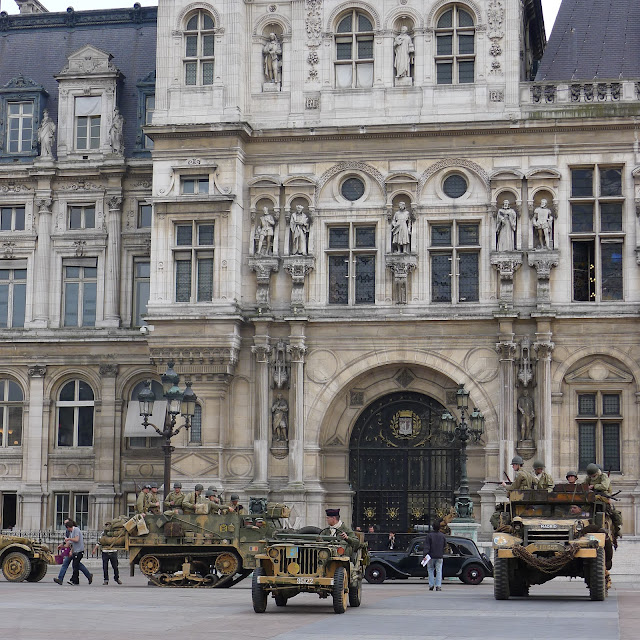 April Fools or "Poisson d'Avril" in French!  While on my way to le Loir dans la Théière, a funky tea salon on rue des Rosiers, I came across a film crew shooting Volveremos, a téléfilm, by Felipe Sole. 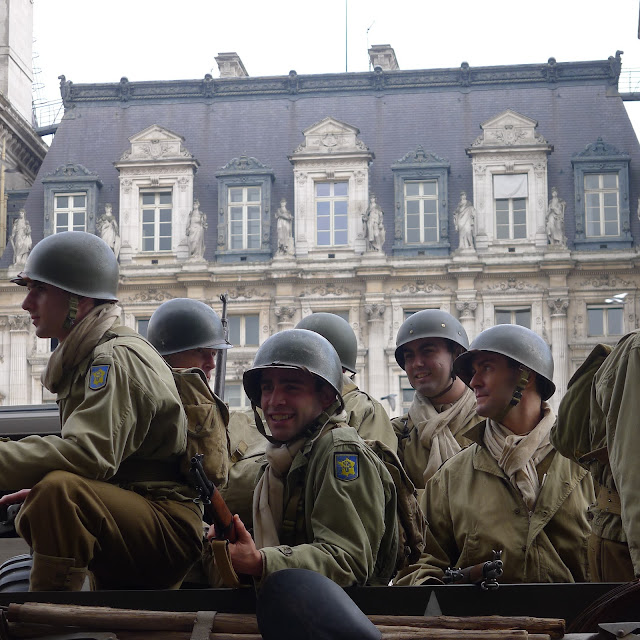 Since this is the second time in one month that I've stumbled across a film crew in action, I started wondering about the process of filming a movie here.  It turns out that there is a Paris Films Office at the City Hall that coordinates and issues permits to shoot in public spaces.  They also help with the removal of street lights or other fixtures that would conflict with the historical setting of a film, provide a price list of fees indicating how much it will cost to film at museums and other public buildings, and maintain an updated list of areas in the city to avoid.
After learning that filmmakers are required to post a notice informing local residents and business owners about their activities, I've been on the lookout for information sheets and found this one about an upcoming shoot on Monday.
﻿﻿ 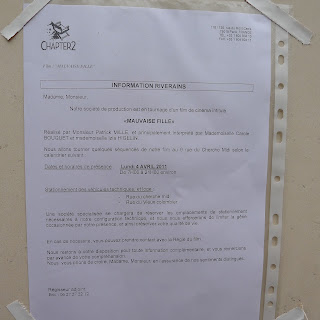 My next goal is to find out how I can be an extra in one of these films - or maybe that's just another April Fools' Day joke!
Labels: April Fools cinema films first post holidays Hôtel de Ville movies Poisson d'Avril