Discovering the secrets of Paris with a Paris Greeter 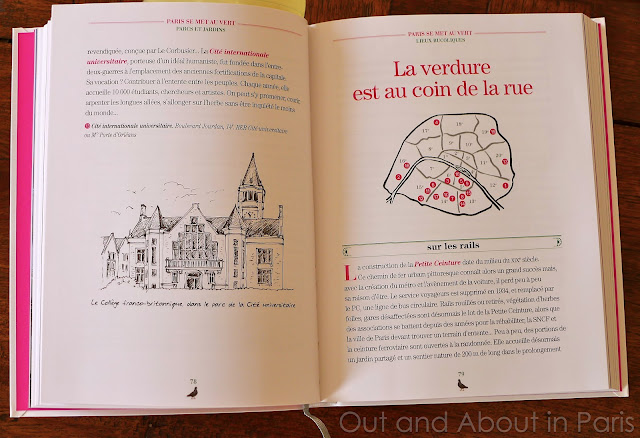 If you live in a small town in Ohio, how do you find out about the secret places in Paris? Well, if you're my friend Candy, you buy a copy of Parisian Chic: A Style Guide by Ines de la Fressange and highlight all of the interesting boutiques, art galleries and museums that you would like to visit. If you're me, you have stacks of dogeared books, including the aptly named Paris: Secrets de Parisians, scattered around your apartment to flip through whenever you have a spare moment. But if you're really clever, you sign up for a walk with you very own Paris Greeter.


As I've mentioned before, Paris Greeters are volunteers who want to share their favorite spots in Paris with you. And trust me, no matter how well you think that you know an area, the 2-3 hour walk will most probably include some surprises. At least that's what happened when Christiane offered to take us on a tour of the 5th and 6th arrondissements. After meeting outside the Odeon metro stop, Christiane, who received her Master's Degree from the University of Pittsburgh and taught English at the Sorbonne, guided us to one of the area's oldest cobblestone streets, the Cour du Commerce St. Andre. Pointing out Le Procope, an old literary haunt dating back to 1686 that was frequented by Benjamin Franklin, John Paul Jones and Thomas Jefferson, as well as some fairly important Frenchmen, Christian took us to the charming Cour de Rohan where the noise of the city disappeared as we stepped back in time.

While strolling from Brasserie Lipp to the tranquil place de Furstenberg and from the Place de l'Odeon to the Luxembourg Gardens, Christian told us about Haussmann's renovation of Paris, answered questions about French politics and delighted us with her knowledge of the city and its citizens. If you haven't done a walk with a Paris Greeter yet, you're missing out on one of the best secrets of Paris!

Please visit the Paris Greeter website for additional information. If you would prefer to explore further afield, Greeters in Versailles will show you their favorite places in the city they love.