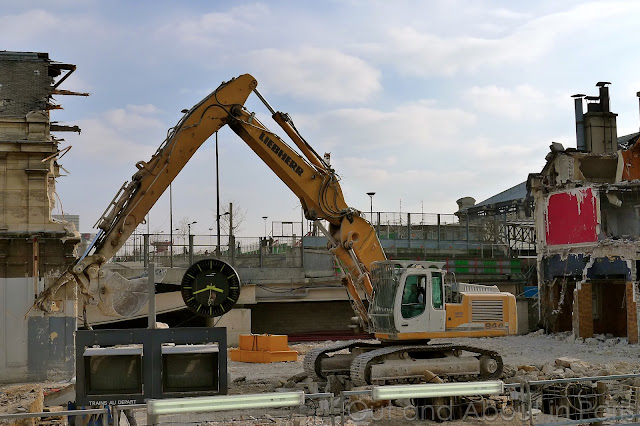 For the past couple of months, I've been taking the TGV to Geneva on an regular basis and was expecting to follow the same routine on Friday. Run to the metro, grab a sandwich at the train station and jump on the TGV just as the doors are closing. It's unfortunate that I didn't have a Plan B because I somehow missed the news that all of the TGVs had been diverted to Gare du Nord since they're currently renovating Gare de Lyon. All that remained of the once bustling station was the clock and screens showing the times of the departing trains. How ironic! 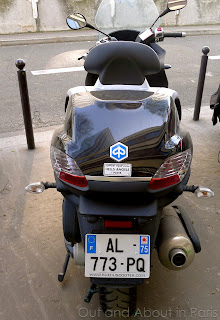 Distraught and close to tears because I was supposed to meet Stephane in Geneva for an important family gathering, I was relieved when a leather clad stranger told me that he was heading towards Switzerland and offered me a ride. Noting the "Support Your Local Hells Angels - Paris" bumpersticker, I remembered the good times astride my brothers' Harley-Davidsons and readily agreed. 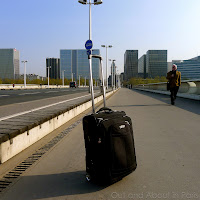 The only problem was that my knight in shining armor (or black leather!) didn't have room for my suitcase. Not wanting to miss my appointment with Stephane, I left my Delsey next to the side of the road. I can only hope that it's still there when I return to Paris this evening.

Happy April Fool's Day, everyone! Or, as they say in French, Poisson d'Avril. Just to set the record straight, it's the Gare d'Austerlitz that is currently undergoing renovations.