A night of "Shear Madness" in Boston! 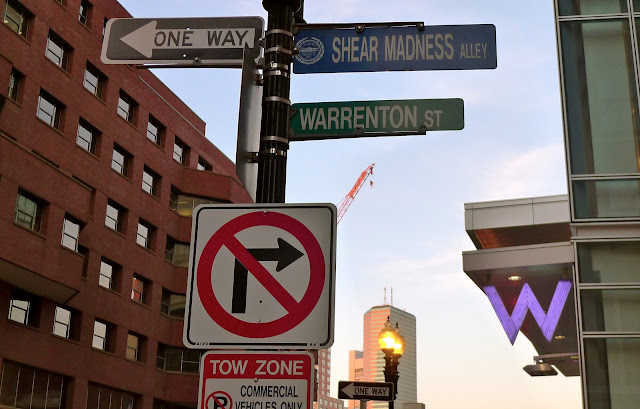 Unbeknownst to me, Stephane desperately wanted an iPad. So, he did what he always does when he secretly wants a new gadget - he asked me if I wanted one. When I said that I didn't need another technological distraction, Stephane changed tactics and suggested that we give an iPad to Philippe as a graduation gift. Imagine his disappointment when our son responded that he didn't want one either. Darn, foiled at every turn! As it turned out, Philippe declined Stephane's offer because he wanted to give us a present to say "thank you" for the four years that he spent at Boston University. After rubbing our ears in disbelief, we gladly accepted an evening of Shear Madness! 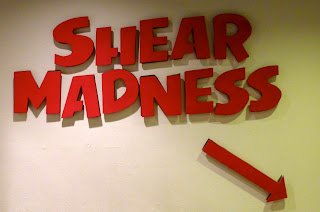 Listed in the Guinness Book of World Records as the longest running non-musical play in the history of American theater, the cast of the hilarious whodunnit murder mystery invites the audience to spot clues, question the suspects and solve the crime. Totally convinced that Tony was guilty of murdering his upstairs neighbor, Stephane was the lone person in the audience to raise his hand when we were asked if we thought that the male hairdresser was the culprit. Peering at Stephane from the stage, Tony expressed his dismay that my Swiss husband would so easily convict him of the crime and delighted us all by saying that he hadn't recognized Stephane at first because he looks so different with his clothes on. It was improvisation at its best!

As the outcome is never the same because it depends on the characters' interactions with the audience, I'm fairly sure that Stephane's next idea will be to take Philippe to see "Dernier Coup de Ciseaux" in Paris. Translated in ten foreign languages and playing in cities around the world including Barcelona, Buenos Aires, Madrid, Rejkavik, Rome, Tel Aviv, Melbourne, Johannesburg and Seoul, there's a good chance that you can join the more than 9.6 million people who have already experienced Shear Madness!

Thanks for an unforgettable evening, Philippe. Laughter helps keep the heart young! 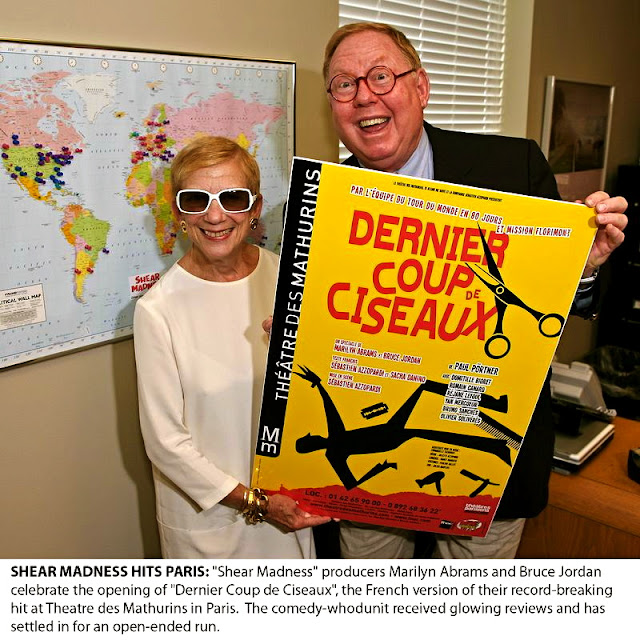