Stephane and I are blessed with wonderful neighbors in Annapolis. They keep an eye on our house while we're gone and make sure that we're up to date with all of the latest happenings when we're in town. As soon as Beth and Jim told us about the two French schooners moored at the US Naval Academy as part of the 200th anniversary celebration of the War of 1812, we decided to take a break from our chores this morning to see if the French sailors would be willing to share some of their baguettes and croissants. 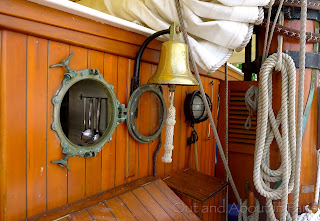 The Étoile and Belle-Poule, each with a crew of seventeen, are sailing up the East Coast after competing in a tall ship race in Savannah, Ga. While Stephane asked technical questions about their speed (up to 12.5 knots) and if a Swiss man would be allowed to serve in the French Navy, I walked around the deck and snuck a peak in the galley. When I saw that the cook had prepared hamburgers for lunch, I couldn't resist teasing the sailors! They were quick to respond that they had to make do with what they could find in foreign ports since they had already eaten all of their French provisions. Poor guys, if I would have known I would have given them one of the jars of Maille mustard that I brought from Paris.


After their stop in Annapolis, the Étoile and Belle-Poule will sail to Philadelphia, New York and St. Pierre, Canada with six midshipmen from the US Naval Academy who will use the sailing experience as a summer training opportunity. 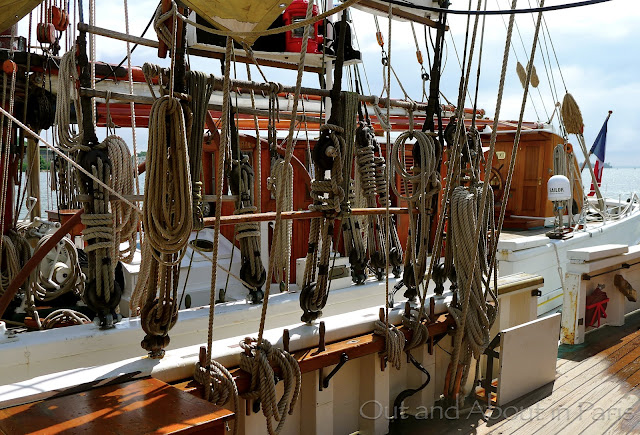 And the painted ladies? That's the nickname given to the colorful houses in the historic district in Annapolis. After visiting the French schooners, Stephane and I strolled around town and studied the other homes, many of which were constructed in the 18th century, because we're trying to decide on a new color scheme for our painted lady.