I have a confession to make. I'm a gleekster, someone who just can't get enough of the American television show, Glee. Holed up in my daughter's apartment in Boston last October, I spent hour after hour catching up on the escapades of Rachel, Finn, Kurt and my favorite character, Sue Sylvester. Vowing to change my ways during my last visit in March, I avoided the Siren's call of Glee because past experience has shown that going cold turkey after returning to Paris results in the consumption of copious amounts of chocolate.

Thanks to UnoDNS, expat life just got a whole lot easier because for the past two weeks I've been watching online shows on Hulu, CBS, FOX, HGTV, etc. that are normally blocked outside of the United States. Even though I'm not enough of a technological expert to understand how UnoDNS works, I didn't have any problems setting it up on my Mac. Within minutes, Stéphane and I were watching a fascinating documentary about World War II on the BBC website and feeling pleased to have access to such a wide range of programs.

As I had been planning to purchase an IP address that would allow me to watch online television programs and movies, I'm pleased to have waited because some reviews report that streaming can be slow and sporadic. With UnoDNS, there aren't any hiccups and Rachel's performance is as flawless in Paris as it is in Boston.

If you would like to stay connected to your favorite American shows while living abroad, take a look at the website for UnoDNS. They're currently offering a Gold 8-day free trial. You don't need to give a credit card number, only a name, email address and password. The Gold subscription plan is $4.95 per month and the Premium is $8.95.

Cult of Mac wrote a review of UnoDNS with additional technological information. As UnoDNS works by re-routing the relevant part of your internet traffic, the author recommends deleting the DNS numbers provided by UnoDNS when not using their services. Just to be on the safe side, it's advice that I follow.

Time for me to watch another episode of Glee!

Full disclosure: UnoDNS asked if I would be interested in reviewing their product in exchange for a free review account. I readily agreed because it's frustrating when the message, "We're sorry, currently our video library can only be screened within the United States" stands between me and some of my favorite television shows. 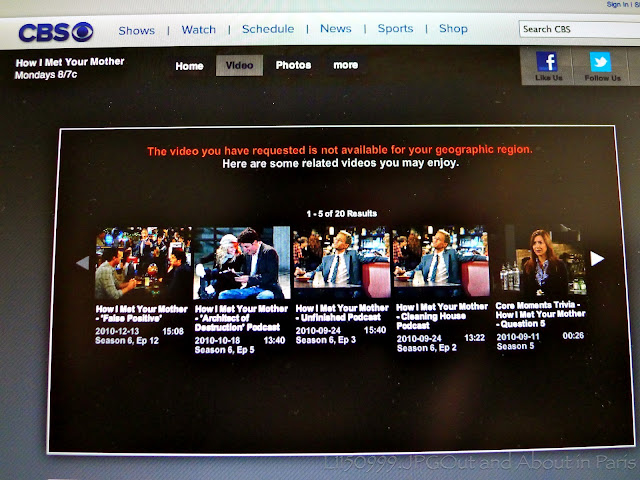