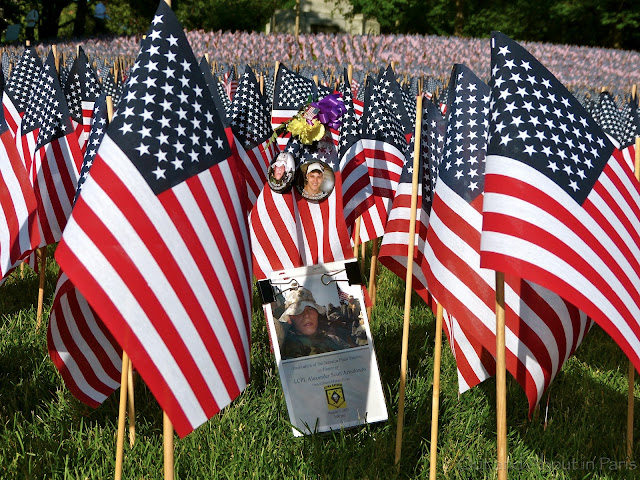 When I was a child, Memorial Day signified the unofficial start of summer. It was the day my family packed a picnic, piled into the station wagon and drove to a nearby lake to see if the water was warm enough for swimming. We stuffed ourselves on hotdogs heaped high with relish, popped entire deviled eggs in our mouths and had seed spitting contests while crunching on the first watermelon of the year.

For most of my adult life, Memorial Day was just another one of the holidays printed on the American calendar hanging on my wall. Like the 4th of July, Thanksgiving, and St. Patrick's Day, it passed largely unnoticed in whichever foreign country I was living at the time.

I'm saddened to admit that the same thing would have happened today had I not just been in Boston and seen the overwhelming number of American flags planted in the Boston Common. Intended to remind us of the real meaning of Memorial Day, each flag is a sobering reminder of the 33,000 men and women from Massachusetts who lost their lives in battle from the Civil War to the present. 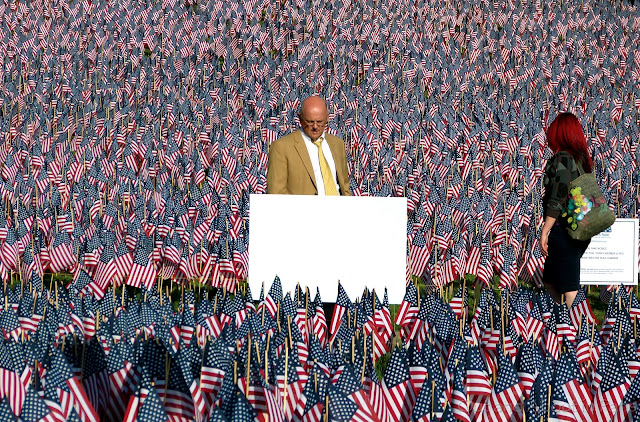 Massachusetts is but one of fifty states. 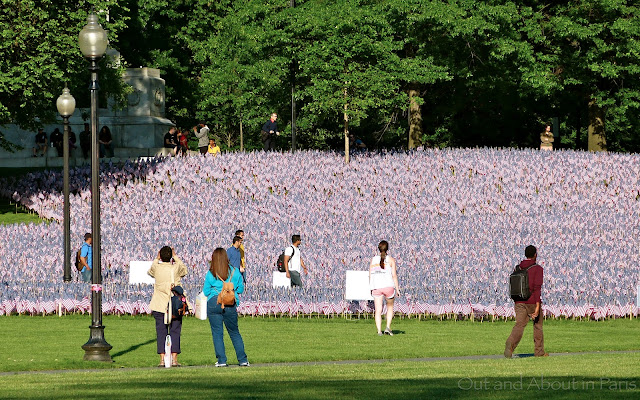 Please take a moment to remember those Americans who gave their lives in the line of duty.


"Let no vandalism of avarice or neglect, no ravages of time, testify to the present or the coming generations, that we have forgotten, as a people, the cost of a free and undivided Republic."
-General John A. Logan, Grand Army of the Republic, May 5, 1868