With heavy hearts, Stephane and I waved goodbye to our painted lady in Annapolis earlier this morning. As she has already appeared on several websites, I thought that I may as well post a couple of photos of her here. She's a colorful character, inside and out, and very different from our apartment in Paris.

After spending a week with the French/Belgian family, our painted lady will be hanging out with a group of actors from New York for most of the summer. It would have been fun to host one of the many actors who are currently in town filming Better Living Through Chemistry. Rumor has it that Sam Rockwell was looking for a place to stay while he's in Annapolis.


In between running a couple of errands, Stephane and I passed by Galway Bay to see if we could catch a glimpse of Dame Judi Dench, who was supposed to have been in the movie. As I snapped some photos of the film equipment outside our favorite Irish pub, a crew member told me that she withdrew from the project and has been replaced by Jane Fonda.

I can't wait to see how our town looks on the big screen! 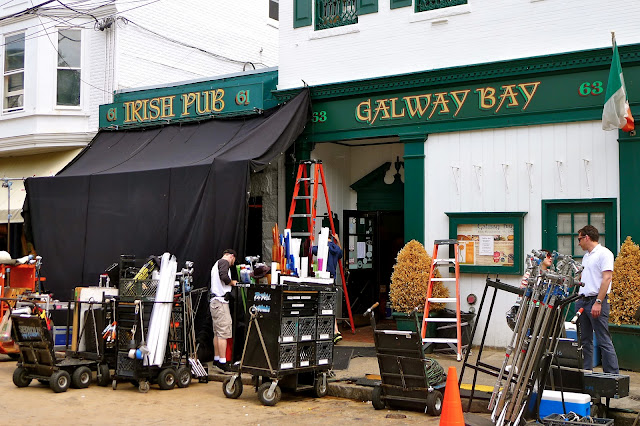 Labels: Annapolis out of Paris vacation