Château de Chambord - the largest castle in the Loire Valley 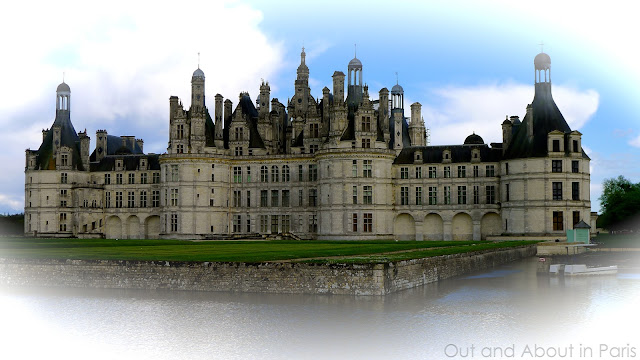 While visiting the Loire Valley, I was reminded of how justifiably proud the French are of their rich cultural heritage and how this sentiment is passed down from one generation to the next. After overhearing some parents explain to their children that Francois I built Château de Chambord as a royal hunting lodge in which he spent a mere 72 days during his 32 year reign (1515-47), I teased Stéphane about his country's lack of opulent castles. His immediate response was that while the Swiss may not have any extravagant châteaux, they also didn't incur staggering debts. Sensible, but not quite so romantic...


The 426 rooms of Château of Chambord are largely unfurnished, just as they were in the sixteenth century. Francois I, a tireless traveler who roamed his kingdom with an itinerant court numbering close to 2,000 people, carried most of his belongings with him. Beds and furniture, such as folding chairs, were designed to take up as little space as possible on the wagons to facilitate transportation. 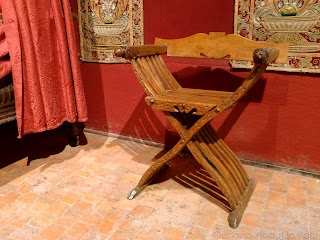 One of the most impressive features of the castle is the double helix staircase that may have been designed by Leonardo da Vinci when he traveled to France at the request of King Francois I. Decorated with ornamental carvings, it's made of two concentric spiral staircases that wind around a central column. Even though there aren't any opulent Swiss castles, it's interesting to note that there is a remarkable "Chambord" staircase at Nestle's world headquarters in Switzerland. Extending from the first to the sixth floor, two people can take a different flight of stairs and see each other through the openings but never meet. It's a clever way for employees to avoid their boss when they're ready to go home! 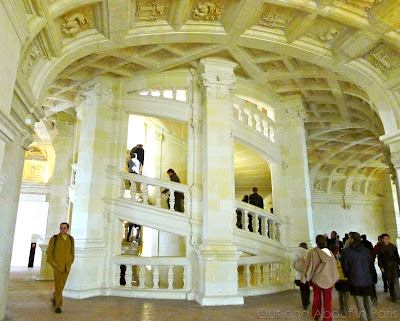 Even with a constant drizzle of rain, the most memorable part of Chambord are the terraces, the perfect spot for a secret rendezvous. American-born author Henry James wrote, "This roof, which is in itself a sort of castle in the air, has an extravagant, fabulous quality, and with its profuse ornamentation, the salamander of Francis I is a constant motive, its lonely pavements, its sunny niches, the balcony that looks down over the closed and grass-grown main entrance, a strange, half-sad, half brilliant charm." Try as I might, I couldn't figure out a way to take photos that would do it justice. 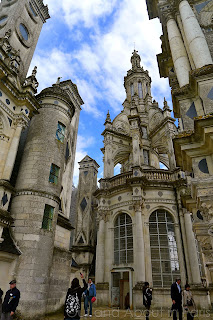 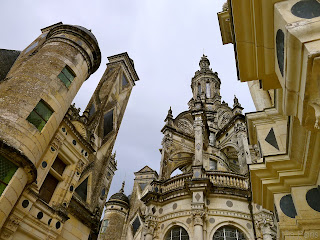 Standing on the terrace and looking at the vast estate covering 13,443 acres (5440 hectares), which is the largest enclosed forest park in Europe and the same size as Inner Paris, I could easily understand why the French are so proud of their heritage. With its 77 staircases, 282 fireplaces and 426 rooms, Chambord is as much of an architectural masterpiece now as it was in the sixteenth century.

The Château of Chambord is open all year round except on New Year’s Day and Christmas Day. As the castle was built to make an impression and not for comfort, it's best to wear warm clothes during the colder months because there isn't any heating. 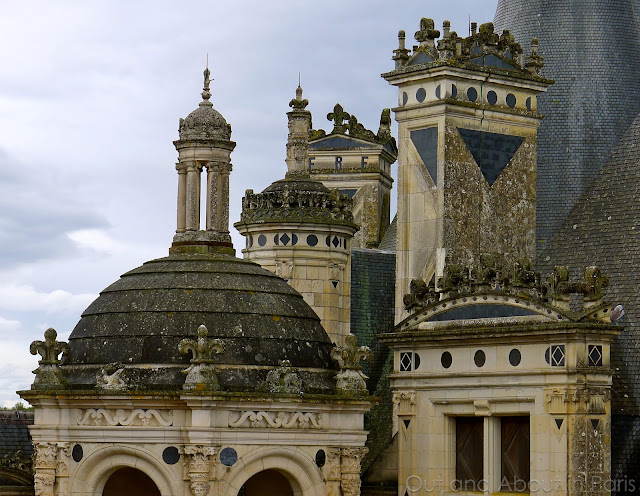