It's a Tradition: Celebrating our Wedding Anniversary with Afternoon Tea at the George V 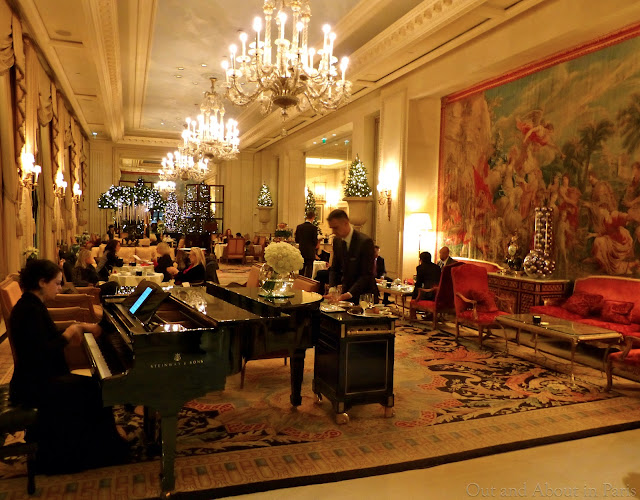 Good things come to those who wait.

So, I should have known that there was little point in proposing that we celebrate our wedding anniversary at any other place than the George V this year. When I mentioned the names of some Michelin starred restaurants that I've been wanting to try, Stéphane said that he had been eating too much while traveling for business and suggested that we have something light...like afternoon tea at the George V. When I told him that Le Grand Véfour, the first grand restaurant in Paris, was supposed to be romantic, Stéphane replied that he had very good memories of the Christmas decorations and piano music in La Galerie at the George V. Knowing that my otherwise easygoing husband can be very obstinate when he has his heart set on something, like hot chocolate, we agreed on afternoon tea. Plus, it would give Stéphane the opportunity to see the incredible frozen Christmas trees in the lobby of this luxurious hotel. 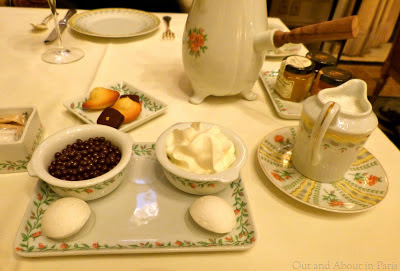 After a short wait for a table on Monday afternoon, Stephane appeared to be slightly concerned as he settled into his comfy chair next to the grand piano. Perusing the menu, he said that he hoped that the hot chocolate would be the same as last year, with little chocolate sprinkles, whipped cream and fluffy marshmallows. When it finally arrived, Stephane's grin spread from ear to ear. He was a happy man. Clinking my glass of champagne against Stephane's cup of hot chocolate, we toasted our many years of marriage and agreed that celebrating with afternoon tea at the George V is our new tradition. 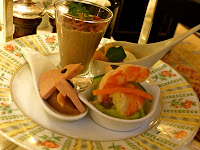 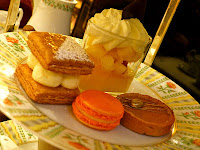 High Tea "a la Francaise" (57 euros) comes with a glass of champagne, your choice of hot tea or beverage, assortment of fine savories, selection of pastries, Cannelés from Bordeaux, madeleine, financier and homemade scones served with clotted cream and homemade jam.

In a welcome change from last year, it's now possible for visitors from outside the hotel to reserve a table in La Galerie. Simply call the hostess a couple of days in advance on the direct line: ++33 (0)1 49 52 70 06.

Kudos to the George V for having the friendliest staff in Paris! 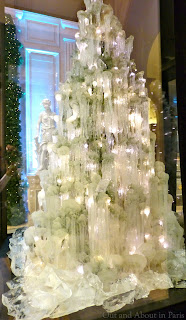 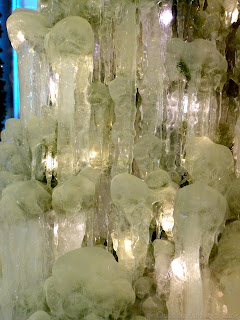