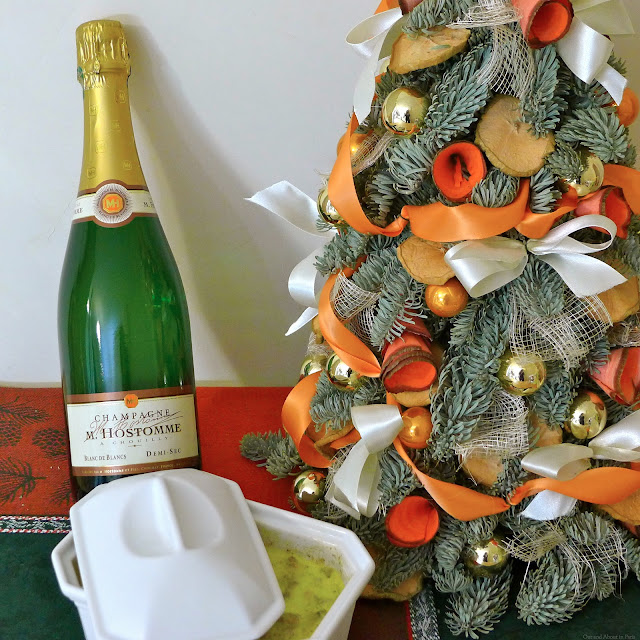 Today's post titled "Figuring out the Foie Gras and Champagne" was preempted by the early arrival of Santa Claus this afternoon.

Around 4:00 pm, the caretaker of our apartment building rang our doorbell and announced that a woman had just dropped off my wallet, the very same one that had been stolen out of my purse while dining at a restaurant in the 9th arrondissement on Friday. Thinking that I was either dreaming or had misunderstood the French words coming out of our gardien's mouth, I must have seemed confused because he assured me that my French driver's license, Swiss identity card and bank cards were all there. The only thing missing from my wallet was the cash.

Fortunately, the woman (aka Santa Claus) left her cell phone number so that I could call to express my gratitude. After saying that she has had her wallet stolen twice and knows how much of a hassle it is to replace everything, the woman explained that she had found my wallet in the trash can in the bathroom of her restaurant. Not surprisingly, the restaurant is located just around the corner from where I had lunch. I guess that the thief got rid of my wallet while he was looking for another victim.

Having my wallet returned by a complete stranger is one of the best Christmas presents that I've ever received. I hope that Santa Claus leaves something just as special in your stocking!