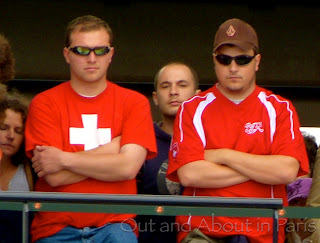 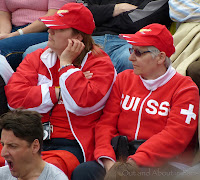 While I may have a love-hate relationship with Roger Federer, Stephane has only one emotion when it comes to his Swiss compatriot - 100% admiration. So, imagine his delight when my endless refreshing of the official Roland Garros resale website finally paid off and I was able to get a ticket for him to watch Roger in action at the French Open tennis tournament.

Since we spent most of the day watching different matches, it was interesting to upload Stephane's photos this morning and see what caught his eye. He had several shots of Roger on the Suzanne Lenglen court ... 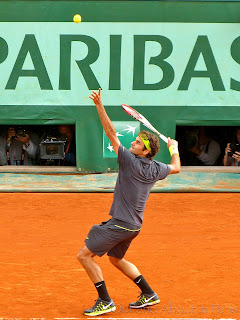 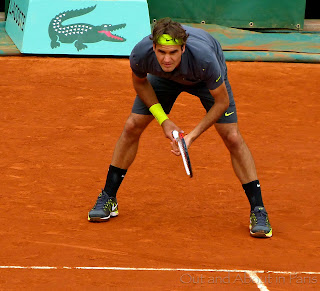 ... and quite a few pictures of Federer's wife in the stands. As Stephane's mother always used to say, you can tell how Roger is playing by watching the expression on Mirka's face. Stephane must have taken the following photo at about the same time that he sent me a text message that said, "Roger is making lots of unforced errors. Not a great Roger today. I am concerned about the outcome of the game." Federer's wife appears to be worried, too.

Their concerns were without reason though because Roger managed to win the match against Goffin, much to Stephane and Mirka's relief!

When Federer finished playing, Stephane and I switched seats so that he could support Stanislas Warwinka, a fellow Swiss, in his match against Jo-Wilfried Tsonga, a Frenchman, at the Philippe Chatrier court. Judging by the photo shown below, Stephane appears to have been momentarily distracted from cheering for his countryman by the French female sportscaster wearing a soft pink sweater and gloves. It's a perfect example of "photographic evidence"! 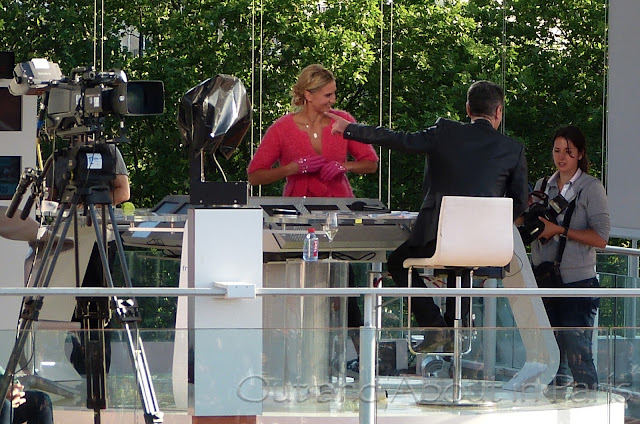 What was on my camera? A picture showing the view from my seat at Philippe Chatrier court. 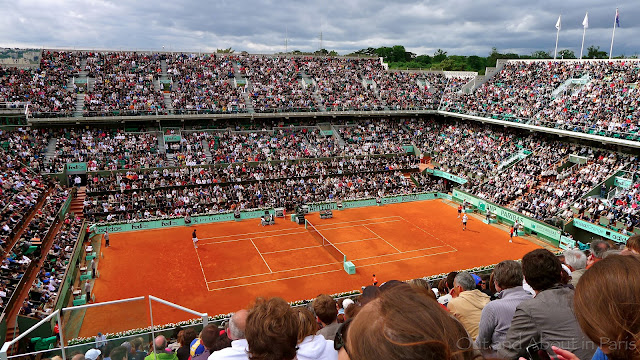 During one of the most hotly contested points of the 4 hours and 18 minutes match between Novak Djokovic and Andreas Seppi, Rafael Nadal appeared on the nearby terrace to celebrate his 26th birthday. It was difficult to decide which way to look - at the epic battle or at Raffa blowing out his candles. 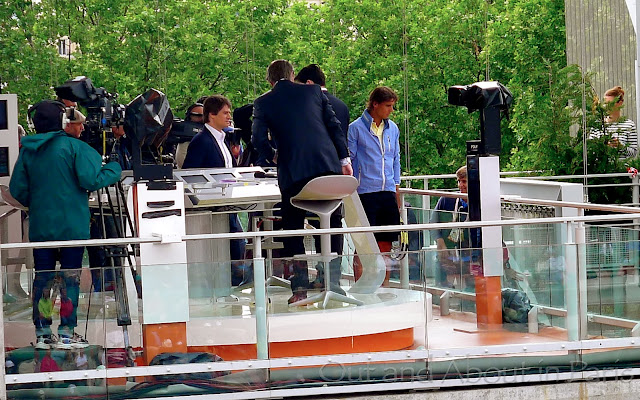 Even though I still haven't had the opportunity to see Roger Federer play tennis, I have seen him sign quite a few autographs. Our sense of fashion seems to be closely aligned because the orange jacket that I was wearing yesterday was almost the same color as his shirt. Although, come to think of it, perhaps I should have shown my support by wearing the Swiss colors of red and white like Stephane. Allez, Roger. We would love to see you play in the final! 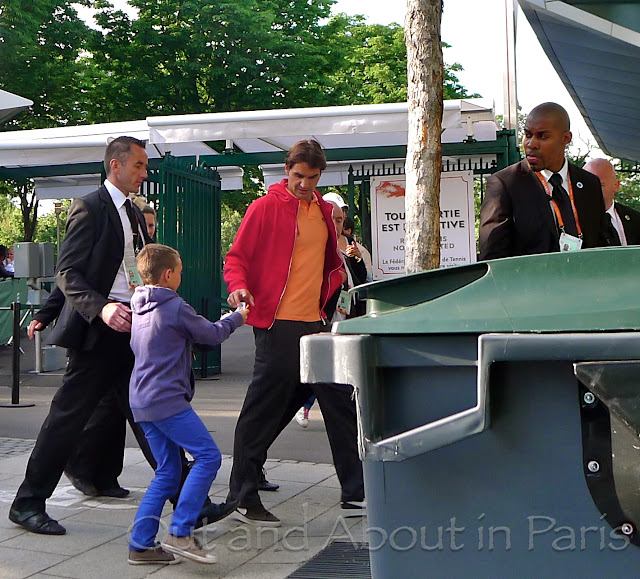