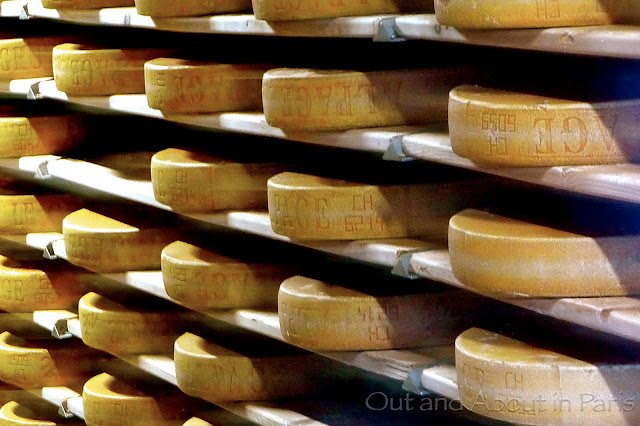 For some reason that I've never understood, the Swiss cow who narrates the tour of the Gruyère cheese factory has a posh English accent more suited to the streets of London than the mountain pastures of Switzerland. Even though I've been taking the tour for years, it always catches me off guard to hear "Cherry" tell me about her diet of fresh grass, hazelnuts, wood shavings, chestnuts, mint and violets that make up the 75 different identifiable scents in Gruyère cheese. You just don't expect to hear a refined cow bragging about her four stomachs and the manner in which she ruminates, or chews her cud.

In a most unladylike fashion, Cherry proudly reveals that she spends her days eating enormous quantities of fresh grass and drinking copious amounts of water to produce 7 gallons (25 liters) of milk per day.

Cherry's milk is delivered to the factory where it's put in a large copper kettle that holds 1,268 gallons (4,800 liters). Incredibly, all of this milk only makes 12 Gruyère cheeses weighing 77 pounds (35 kg) per wheel. 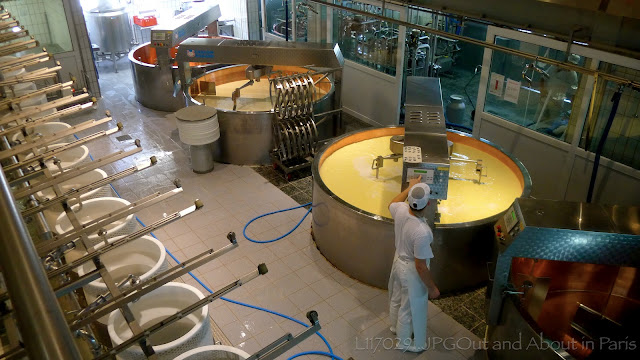 During a complicated process in which rennet, the membrane lining the fourth stomach of a calf, is used to curdle the milk and transform it from a liquid state to a more solid mass, the cheese maker carefully monitors the mixture. As soon as he determines that it has the correct texture and elasticity, a pump empties the contents of the kettle into the moulds in less than four minutes. Each mould has a casein mark that identifies the day and month of production as well as the factory identification number. 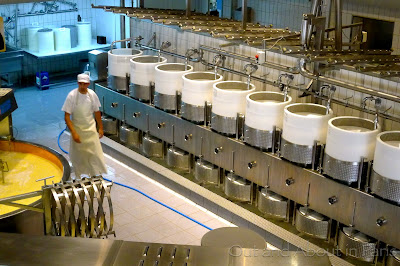 After removing the wheels of cheese from the moulds and smoothing their sides, they're placed in a brine bath for 20 hours. 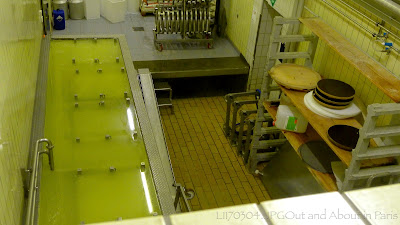 Now that the production stage is finished, the cheese is taken to a maturing cellar for a period of 5-6 months for mild cheese to more than 15 months for mature cheese. 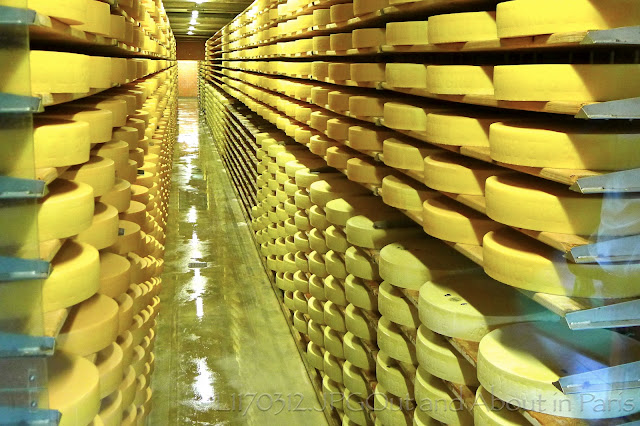 Gruyère cheese has been made according to the same traditional recipe since 1655. The rounds of cheese were frequently transported over the mountains, across the lake and down the Rhône River to Lyon, France, where more than 40,000 rounds of Gruyère were registered annually at the end of the 18th century.

Today, 59% of Gruyère is consumed in Switzerland, 10.3 % in the USA, 9% in Germany and 7% in France. The next time that you take a bite of Gruyère cheese, remember Cherry's diet and see if you're able to identify some of the scents of the Swiss mountain pastures. 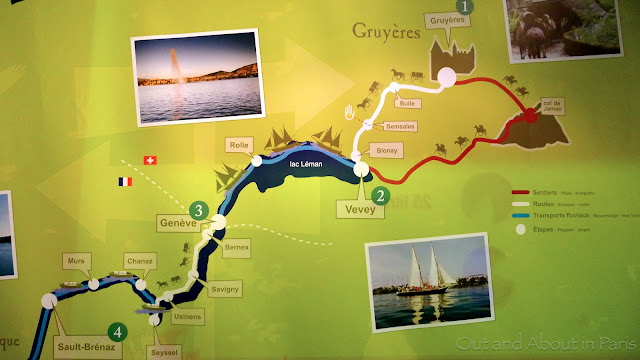