In theory, I should know a lot more about horse racing than I do because my eldest sister, who is the executive director of a therapeutic equestrian center, is also an ex-jockey and ex-trainer. In reality, I've been scared of horses ever since one kicked open my shin while I was riding in a simulated fox hunt when I was about 10 years old. That experience combined with another where I ended up flat on my back gazing at the belly of my horse after being thrown convinced me that these powerful animals are best enjoyed from a distance.

Yet when I heard that the Tourist Office of Chantilly was offering a special behind-the-scenes tour of the hippodrome prior to the Prix de Diane on Sunday, I decided that it would be a good opportunity to learn more about the Sport of Kings. 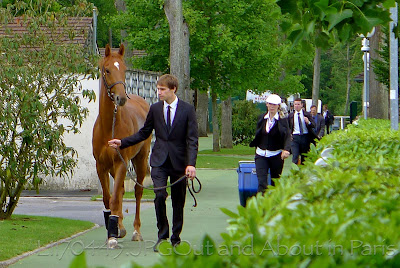 The thoroughbreds and their head traveling lad or lass arrive at Chantilly on the morning of the race. International horse transport companies move racehorses from one country to another. The twelve fillies running in the Prix de Diane traveled from Great Britain, the United States, Ireland, Germany and France. 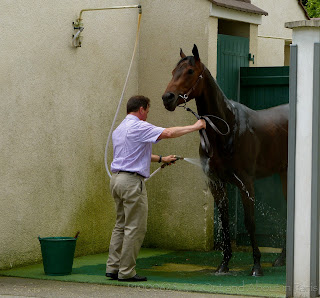 As thoroughbreds are highly strung animals, they receive a shower shortly after their arrival to cool them down and help them relax.

To ensure that one horse has not been switched for another, each horse has a barcode embedded in its neck that is scanned before each race.

The jockey is weighed in his race clothing complete with saddle before and after the race. If there is a discrepancy, the jockey may be disqualified. In Europe, jockeys should weigh no more than 115 pounds (52 kg).


In France, jockeys start their official training at the age of 14 at the Ecole des Courses Hippiques. While horse racing used to be a predominantly male sport, 70% of the current students are females.

Immediately before the race, the jockey receives his orders from the owner and mounts the horse, frequently for the first time. The horses are presented to the Owners' Tribune, while experienced bettors examine the animals for any signs of nervousness or fatigue.

For some of the jockeys, it will also be their first time racing at Chantilly. According to our guide, all of them know to start pushing their horses as soon as they reach the chapel near the Château de Chantilly.

While the rules of modern horse racing were created by the English, it was an American jockey who introduced the short-stirrup riding style that lifts the rider over the horse's withers called the "monkey crouch" or the "American seat". 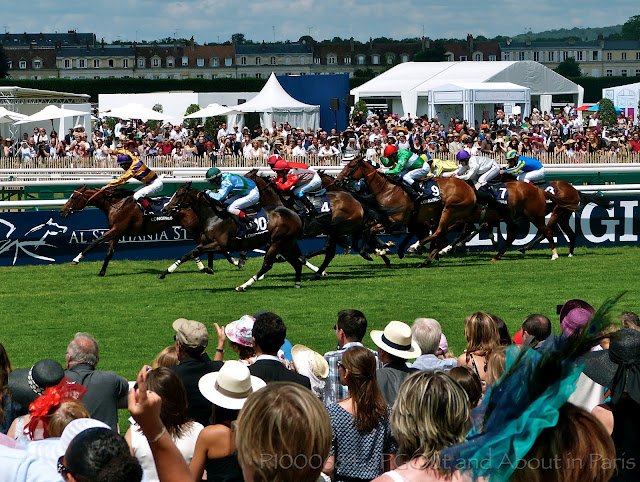 At the end of the tour, our guide recommended that we watch Lads and Jockeys, a documentary that follows three 14-year-old boys training to become jockeys in Chantilly. It makes wearing a hat and cheering from the sidelines seem like the best way to enjoy the Prix de Diane!