Ride your bike from Paris to London, use your iPad in the metro and beware of birthdays! 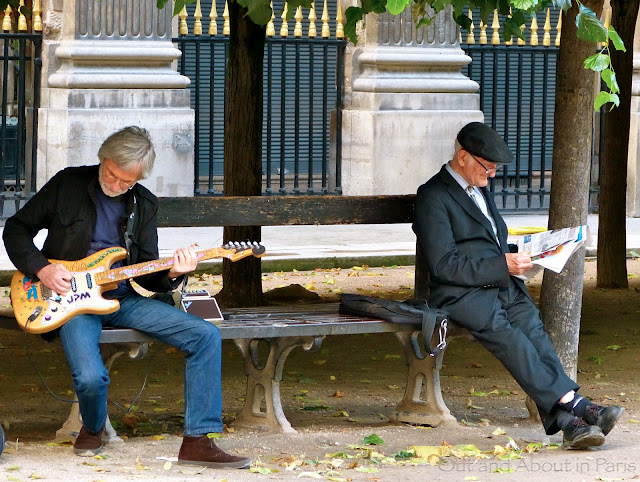 Here are just a few of the topics that caught my attention on Twitter recently:

Thinking about going to the Olympic Games but don't want to fly, take the train or drive a car? Then you'll be pleased to know that there's a newly opened bicycle path between Paris and London. Standing at Kilometre Zero in front of Notre Dame, French and British officials inaugurated the Green Way on Saturday and waved goodbye to a group of cyclists who are pedaling their way towards London for the opening ceremony of the Olympic Games on July 27.

At the moment, one third of the route is on cyclable green paths while the rest is on minor roads. Plans are to create a fully cyclable route using old rail lines and available land.

As of today, travelers can surf the web for free while riding the metro. Still in its testing phase, a total of 66 hotspots are available in the transportation network. People wishing to use the free service should connect to the portal GOWEX and enter their details to receive a password to access the internet. Just remember to use your devices with caution and to be on the alert for pickpockets.

Birthdays aren't good for your health! People are 13.8% more likely to die on their birthday than on other days of the year.

Stephane scoffed at this bit of Twitter news until I told him that it's based on a Swiss study that set out to determine the relationship between the day of a person's birth and the day of their death by analysing the death records of more than two million people over a period of forty years. It turns out that 13.8% more people die on their birthday than on other days of the year, which indicates that “birthday blues” is a real phenomenon.

And speaking of birthdays, be sure to get your free ticket to Disneyland Paris. It's valid on your birthday or on one of the seven days immediately following it.

Last but not least, there's a newly opened Chipotle in Paris. As they say on their website, "Vive la révolution"! Burrito revolution, that is! I know where I'm going to have lunch in the near future.