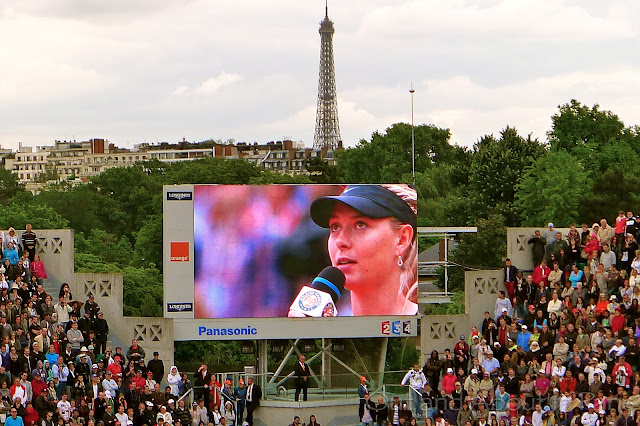 Stéphane and my last day at Roland Garros 2012 was fun-filled and action-packed. We saw Maria Sharapova win her first French Open title and become the tenth woman to complete a career Grand Slam. Congratulations, Maria! 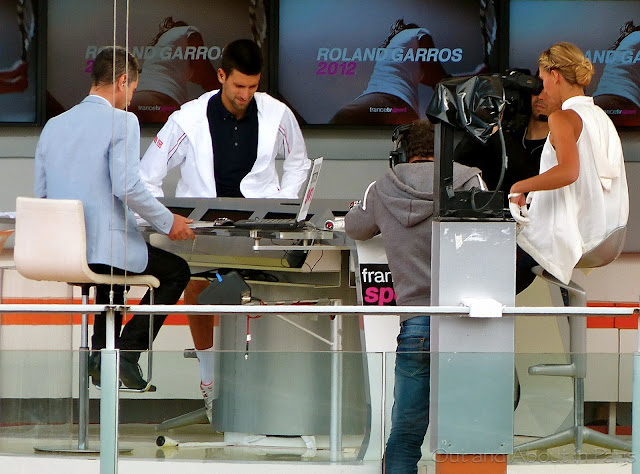 We also saw Novak Djokovic being interviewed by Stéphane's favorite female sportscaster. Last week, Tatiana was pretty in pink with matching gloves and this week she was winsome in white. Did the weather require gloves? Not really, but it seems to be her signature accessory.

So, what better "Sunday's Song" than this video of Djokovic imitating Maria Sharapova. If you haven't watched Maria play, Novak's imitation is pretty darn close. Thanks, Joseph, for helping me select today's YouTube video! 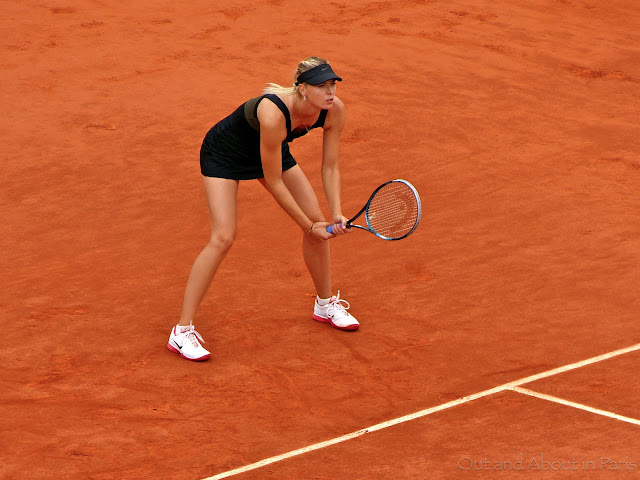 Maria on the court. 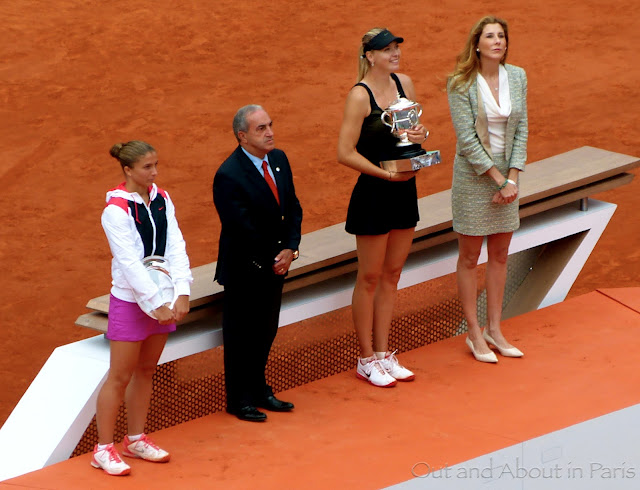 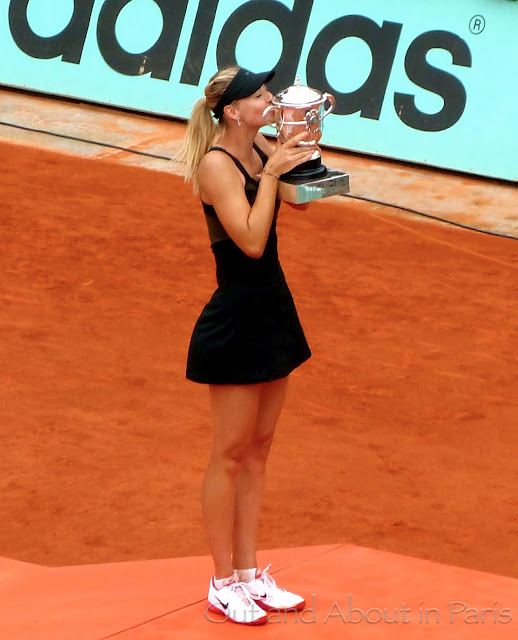 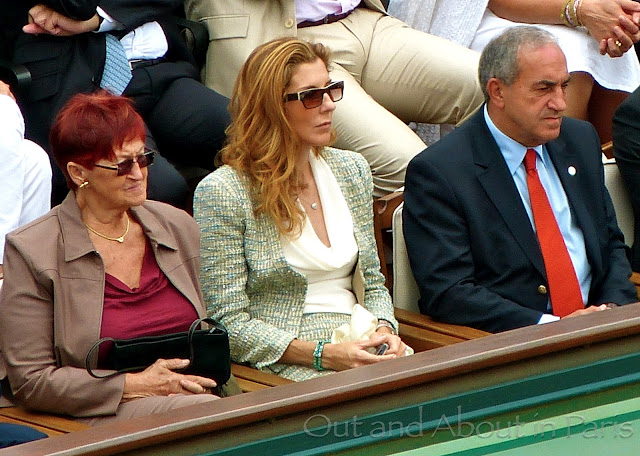 In the stands - Monica Seles with  Jean Gachassin, President of the French Tennis Association 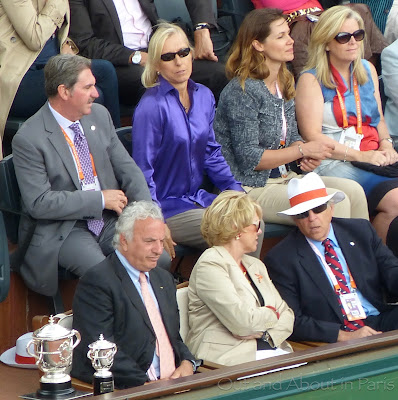