Moonlight versus sunlight at the Château d'Ecouen 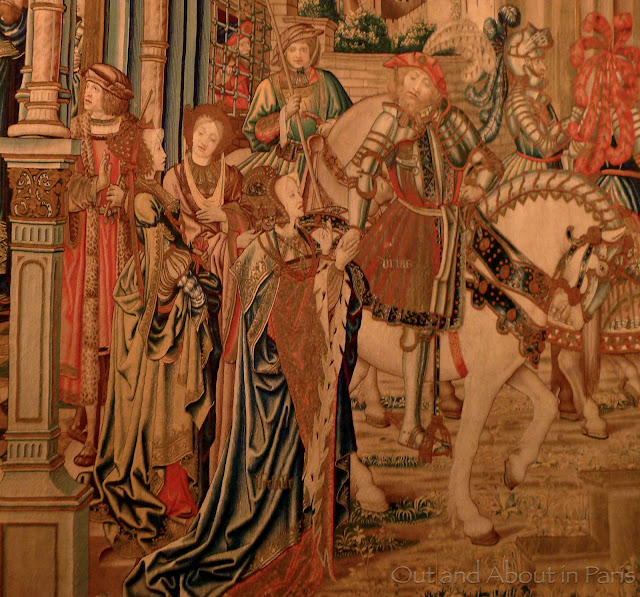 Walking along the woodland path on our way to the train station, I teased Véronique that the one piece of information that I would retain from our tour of the Château d'Ecouen is that moonlight fades material just as much, if not more, than sunlight. When our guide shared this little nugget of wisdom while we were admiring some magnificent Belgian tapestries, the comment split the WICE group down the middle, with the French on one side and the Anglophones on the other. Even though I haven't been able to find enough conclusive evidence on the internet to support either argument, I did come across the following statement on a website devoted to the "dos" and "don'ts" of laundering:


DON’T expose table linens to sunlight or moonlight for an extended period of time to avoid color fading.

Whatever the case may be, the vibrant blues and sumptuous reds in the masterpiece, "David and Bathsheba", appear to be as vivid today as they were when the tapestries were first woven in approximately 1520-1525. The ten tapestries once belonged to King Henry VIII and came to France after they were purchased in a public auction by the Cluny Museum in 1847. Another one of the reasons why the colors are so well preserved is that the tapestries, which are a total of 246 feet (75 m) long and 14.8 feet (4.5 m) high, were too large to display. With the exception of a brief period when they were exhibited abroad in the 1970s, the tapestries were folded and kept in reserve until they were hung in the Château d'Ecouen. 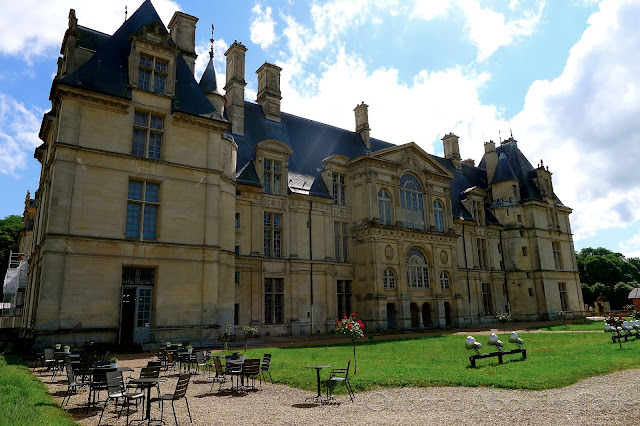 Built for Anne de Montmorency, who just happened to be a man in spite of his misleading forename, the Château d'Ecouen is an elegant example of French Renaissance architecture. As the owner of over 130 castles, including Chantilly, the Duke of Montmorency was one of the wealthiest and most powerful men in France during the 16th century. 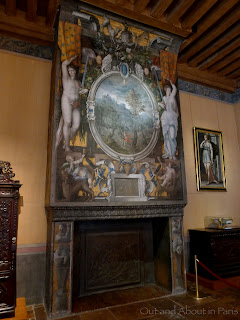 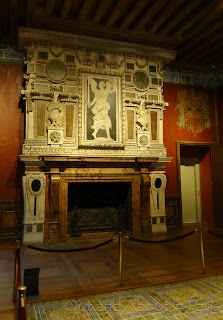 In addition to the tapestries, the painted fireplaces are remarkable.

National Museum of the Renaissance
Château d'Ecouen
95440 Ecouen
The castle is easily accessible from Paris on public transportation.

Oh! With all of the excitement about the sunlight versus moonlight controversy, I almost forgot that there's an early copy of Leonardo da Vinci's Last Supper hanging in the chapel. It was painted in Milan between 1506 and 1509 by Marco d'Oggiono, one of da Vinci's disciples. After the guide questioned our group about the identity of Judas in the painting, I took this close-up as a reminder that the Betrayer of Christ is the one holding a bag of money clenched in his fist. That's a pretty good clue! 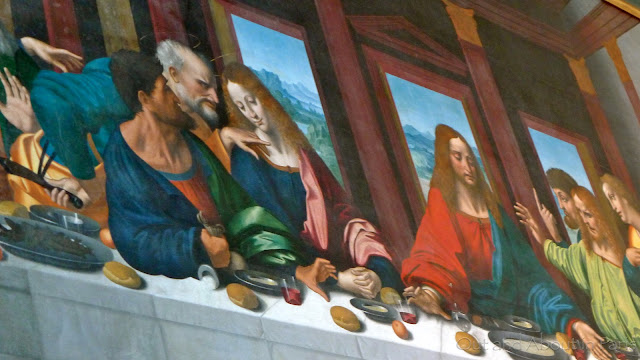