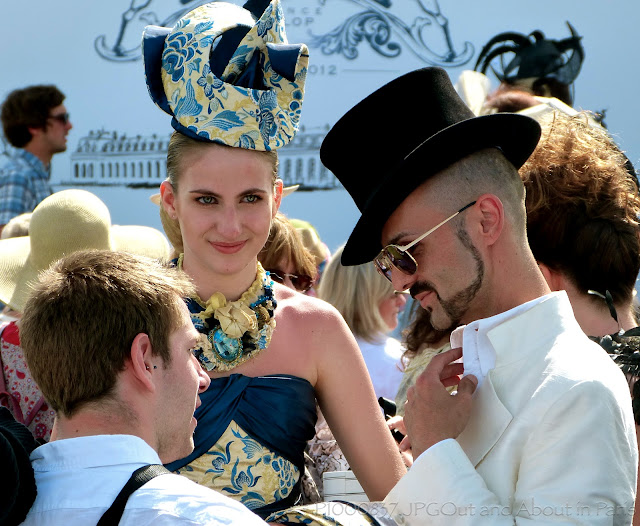 Whew! This is another one of those Mondays when I'm thankful that I don't have a real job. I'm exhausted and suffering from sensory overload after marveling at all of the elaborate hats at the Prix de Diane yesterday. But I wouldn't have missed a second of it because I've been looking forward to the famous horse race ever since Stéphane and I first went to Chantilly last year. 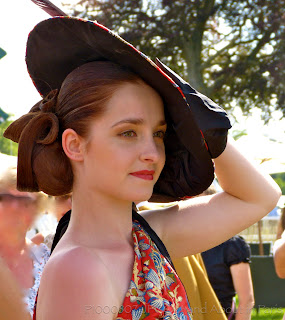 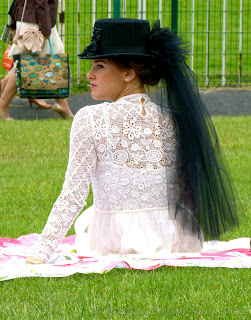 The excitement must be contagious because our friends, Heidi and Paul, are planning to join us again next June. It's quite a turn around considering the less-than-enthusiastic response that I received from Heidi shortly after informing her that their visit to Paris would coincide with the Prix de Diane:

OMG!!!! I HATE HATS!! But I love champagne… So, I guess we have to make a good Swiss compromise. Are you going to wear the same hat as last year or are you already hunting for a new model ??

I’ll need some time to get used to the idea… Love, Heidi 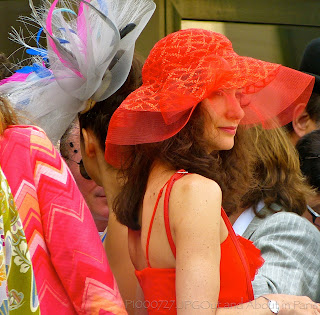 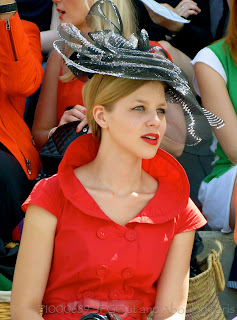 About two weeks later, I received another email from Heidi:

Well, about this hat… I’m still looking. If only there was a model that is elegant yet not too eye-catching, it should be simple but in the right shade of beige or brown or grey, and there’s absolutely no reason for this thing to have flowers on top! Do you think the one that I could and would wear exists??? And for Paul – he has no idea yet what’s in store for him. 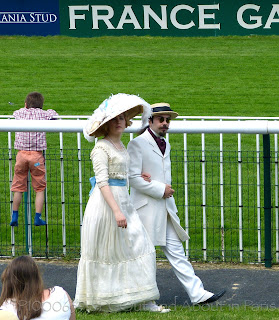 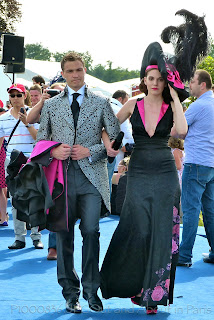 Being the adventurous woman that she is, Heidi finally ended up with a hat that was remarkably similar to mine. While we may not have looked as stylish as some of the people at the Prix de Diane, Heidi, Paul, Stéphane and I were unintentionally color coordinated in black and white. I guess that's to be expected since we've been friends for such a long time!

On the way home, we started talking about our outfits for next year. Heidi's adamant that she won't wear orange or pink, but I've got an entire year to convince her! 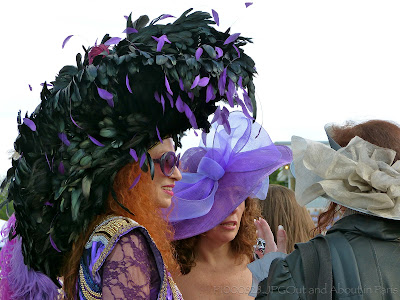 Many thanks to Bridget for telling me that Ascot has a strict new dress code for 2012. In the royal enclosure, fascinators are no longer acceptable. The new code states: "Hats should be worn; a headpiece which has a base of four inches (10cm) or more in diameter is acceptable as an alternative to a hat."

While I saw hats of all different colors, shapes and sizes at the Prix de Diane, some were definitely larger than others! 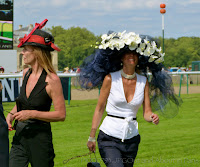 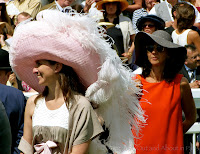 Additionally, women in the royal enclosure at Ascot will be expected to wear skirts or dresses of "modest length" which fall just above the knee or longer. 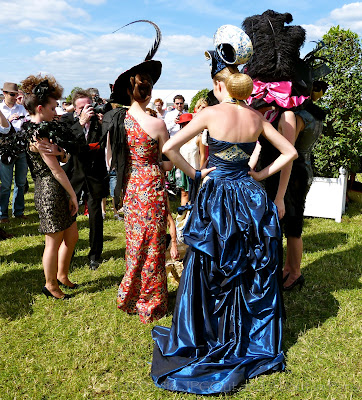 For men, black or grey morning dress with a waistcoat and tie are now compulsory in the royal enclosure and cravats will not be allowed. 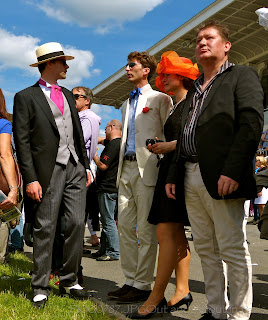 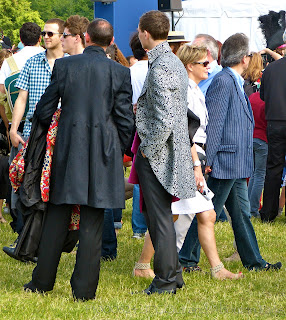 A black or grey top hat and black shoes must also be worn.

With the exception of the socks and shoes, I think that the Parisians are following the rules for the royal enclosure at Ascot reasonably well! 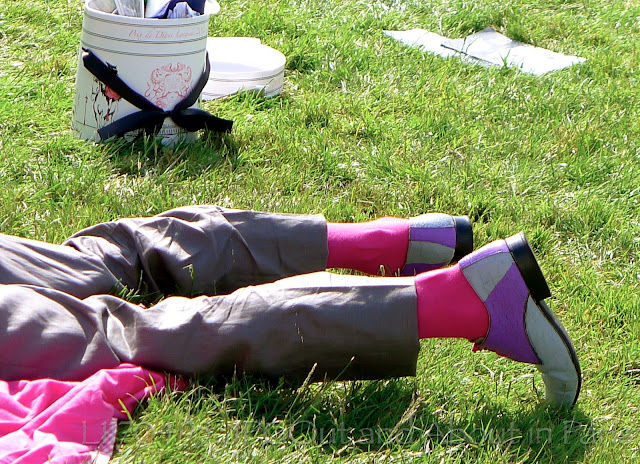 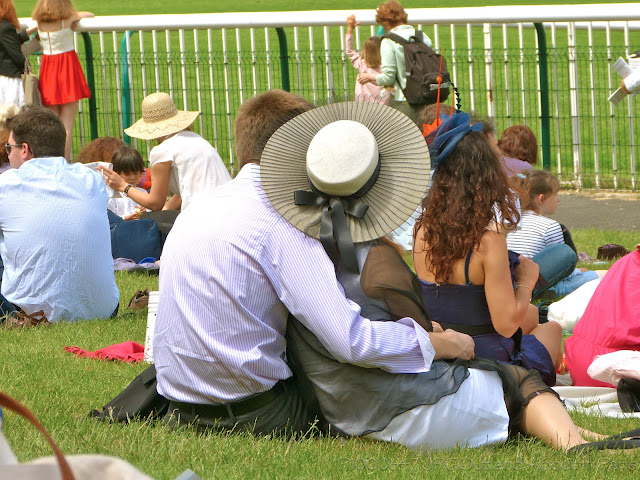