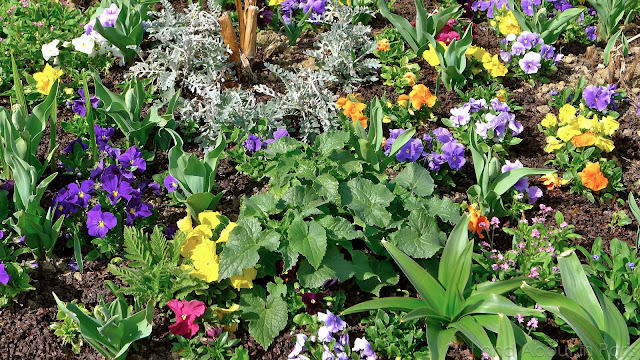 While strolling through the Butte Chaumont Park in the 19th district or picnicking in the André Citröen Park in the 15th arrondissement, have you wondered about the origin of the colorful flowers, plants and shrubs that beautify the more than 400 public parks and gardens in the city?

I hadn't either...at least not until I tried to solve the mystery of the falling rocks at the Hôtel de Sens. As is often the case, one thing led to another and before I knew it, I was standing out in the middle of nowhere (or as the Parisians would say, dans la banlieue) trying to find my way to the Horticultural Center for the City of Paris. Taking two different metros and a bus turned out to be quite a trek, but it was well worth it to join the free tour organized as part of the international Pesticide Action Week.

Located on 109 acres (44 hectares) in Rungis, the Horticultural Center grows more than three million flowering plants used to decorate the city of Paris every year. And most of them start out as tiny seeds!

After spending a brief period in the carefully controlled climate of the germination room, the seedlings are moved to the nursery and then to one of the many greenhouses, which are called serre in French from the verb serrer, to squeeze. 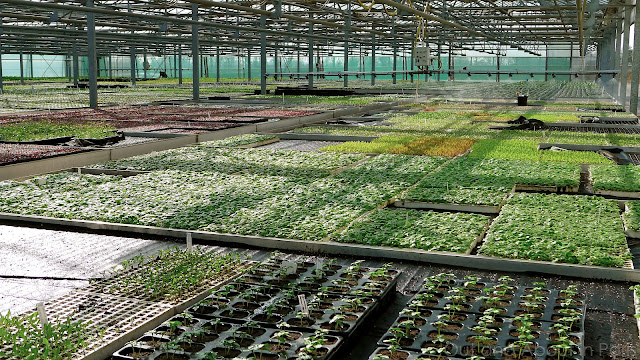 One of the things that I like the most about going on tours with the locals is that they usually provide me with some interesting insights into their way of thinking, like the fact that annuals, a plant that lives only one year or season, are typically French. While I'm not much of a gardener and never really stopped to consider the nationality of different plants, all of the Parisians nodded their heads and wholeheartedly agreed that annuals are more a part of the French heritage than perennials. 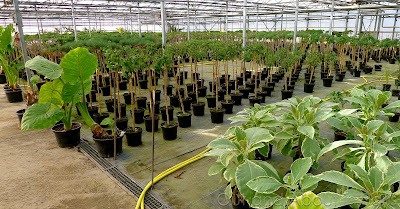 In addition to 460 different kinds of annuals, the city also grows 3,500 trees and 115,000 shrubs, some of which are stored in greenhouses from October until May.

As part of the international Pesticide Action Week, our guide also explained the use of alternative solutions such as those provided by Biobest, a sustainable crop management company. This is when my French language skills failed me because I didn't understand much of the terminology for biological insecticides and pesticides. Admittedly, I probably wouldn't have understood it in English either!

The next time that I walk through a park, I'll appreciate all of the hard work, time, water, gas and electricity that went into beautifying Paris. Do you know where the plants and flowers are grown in your city? One of the other visitors asked me how the Horticultural Center for the City of Paris compares with those in the United States and I couldn't tell him. 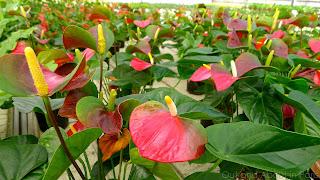 Please click here to see a list of upcoming tours and activities organized by the parks and gardens of Paris.

The flowers and plants in the Luxembourg Garden and the Tuileries Garden are not grown at the Horticultural Center. I'm going to have to do some more research but I think that they may be grown in the greenhouses in Auteuil.

Labels: Horticultural Center for the City of Paris parks/gardens