The international language of yoga...Parisian style 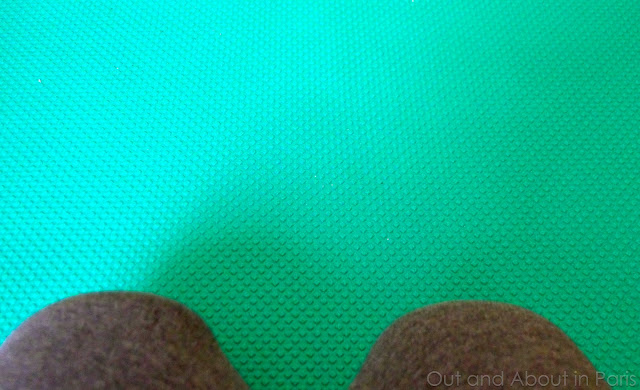 My yoga mat is one of my most faithful companions - it has seen me upside down during headstands, trembling from exhaustion during a challenging series of sun salutations and limp as a noodle during relaxation pose. We've done Kundalini yoga together in the tropical heat of Trinidad, Hatha yoga in the USA and Kripalu yoga next to the Lake of Geneva in Switzerland. It has been a welcome constant in my life during times of turmoil and has introduced me to some of my closest friends. When I'm not practicing yoga, my life just doesn't feel right.

So, naturally, I joined a yoga class shortly after we arrived in Paris but decided that it wasn't for me when the instructor, who can do more with his body at eighty than I can in my late forties, slapped my foot because I used my left leg rather than my right during a complicated posture. It happens sometimes, the confusion not the slapping, especially when you're contorted like a pretzel and trying to figure out the instructions in a language that isn't your own. As I've always thought yoga class is supposed to be more about acceptance than abuse, I felt my enthusiasm waning and reluctantly delegated my mat to a dark corner of the closest. Every once in a while, I would peep at it to see how it was doing and to reassure it that it wasn't forgotten.

Now that we're into the start of our second year in Paris, I decided to free my yoga mat from solitary confinement and try a teacher at another gym. While I've only taken one class, I'm pleased to report that I like her. It would be hard not to like someone who uses uniquely French metaphors to help her students envision the correct alignment of their bodies. Whereas an American yoga teacher might tell her students to be as limp as a rag doll while bending forward at the waist, my new yoga teacher told us to envision les cloches de Normandy (the bells of Normandy) that swing from the cows' necks. During a standing posture, we were told to imagine ourselves to be "small...no, large Eiffel Towers standing erect in the sun." I couldn't help smiling like an idiot - my yoga mat and I have a home! 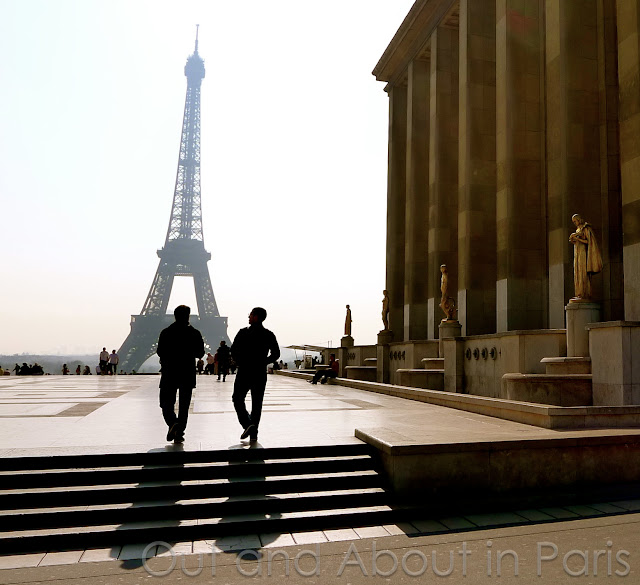