Get Excited about Science - the MIT Museum. Even Lady Gaga thinks it's cool! 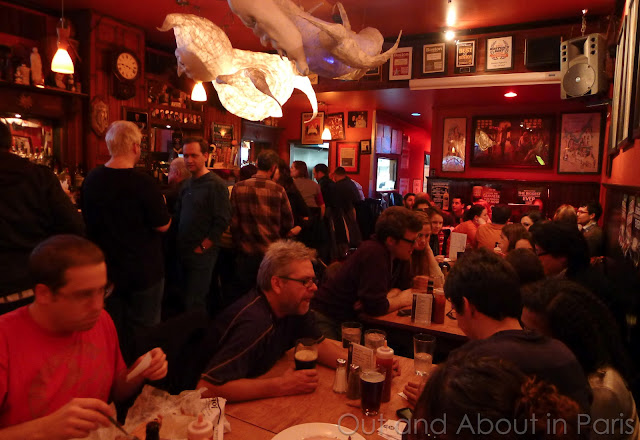 No doubt about it - Boston bars aren't just for drinking beer and watching sports as we discovered when we went to The Druid for fish and chips last night. It turns out that Wednesday evening is trivia night, when teams of graduate students from nearby Harvard and MIT compete to answer outrageously difficult questions. Well, they were for me at least! But then I wasn't one of the people who started clapping when the quiz master revealed that the category of the next question was "Science". Seriously, it was if the bartender had announced that it was free beer night. After lots of whistling and cheering, the atmosphere grew tense as the crowd eagerly awaited a question that would challenge their agile brains.

If science makes your heart go pitter-patter, then I strongly suggest a visit to the MIT Museum in Cambridge. And even if physics, biology and chemistry weren't your favorite subjects in high school, I would say that there's a high probability that you'll be enchanted by Kismet, the world's first sociable robot. 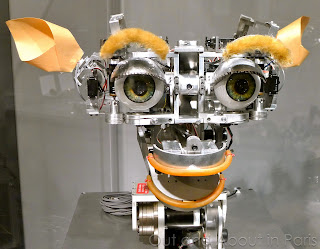 Created by Dr. Cynthia Breazeal, Kismet made me realize that the futuristic age of "The Jetsons" may be here sooner than we expect. As other displays show, artificial intelligence research at MIT has already made significant contributions to medicine and underwater explorations. The following YouTube video about personal robots is of Breazeal's riveting TED talk - she's got beauty, brains and "an idea worth spreading"!

The museum also has the world's largest and most comprehensive collection of holograms. By bending and focusing light, a hologram renders a subject with complete dimensional fidelity. Seeing "Parc des Folies a la Villette", an amazing three-D architect's model used to promote the science park in Paris, was an unexpected treat. As I reached out to touch the image, the focused light slipped through my fingers like water. Incredible! Even though taking photos of the holograms for non-personal use is prohibited, I didn't mind because pictures wouldn't do them justice. 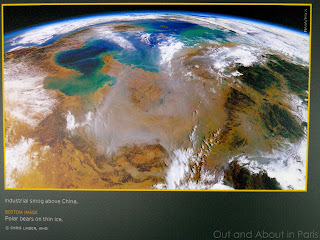 This photo showing the large cloud of industrial smog hovering over China has me hoping that Stephane doesn't inhale any more oxygen than is absolutely necessary while he's in Beijing. Our world faces some daunting problems, but the "Sampling MIT" exhibition featuring current research reassured me that scientists and engineers are making great strides in understanding climate change, malaria and the way our brains work. Thank goodness for people who are excited about science - we desperately need them!

Even Lady Gaga took some time out of her busy schedule to visit the MIT Museum. In her role as creative director for Polaroid, she had her photo taken by a rare Polaroid 20×24 camera when the company donated ten thousand items to the university. The portrait of Lady Gaga is part of the small display, "Meet the Swinger ... and Other Treasures from the Polaroid Collection" at the museum. 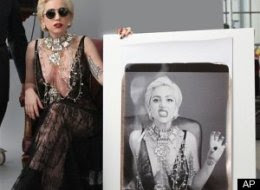