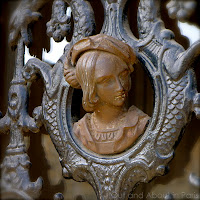 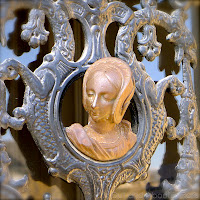 It's springtime in Paris! The flowers are blooming, the bees are buzzing and you're ready to ask the most important question of your life: "Will you marry me?"

Strolling down the Quai aux Fleurs on the Ile de la Cité, you pause in front of an elegant 19th century mansion and point at the medallions of a man and woman framed by elaborate wrought iron decorations. "Who are they?" your beloved asks in a hushed tone. "They're Abélard and Héloïse, two lovers who promised to be forever one."


After telling the fascinating tale of Pierre Abélard and Héloïse d’Argenteuil in a blog post last May, I've wondered why people from around the world journey to Pere Lachaise Cemetery to pledge their undying love to each other in front of the couple's crypt. Wouldn't it be more romantic to visit the place where Abélard and Héloïse's story began in 1118?
But please don't think that Abélard and Héloïse's tale is only suitable for young lovers. After taking some middle-aged friends to 9 Quai aux Fleurs on Monday, I excused myself to let them enjoy the rest of the evening on their own. As we said our goodbyes, I turned to wave a final farewell. With their arms wrapped around each other, my visitors from Ohio didn't even notice. They only had eyes for each other. Love is in the air, everywhere I look around...! 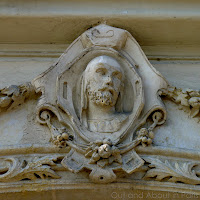 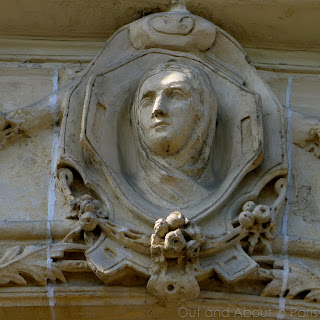