Looking back on one year of blogging


In between planning my next adventure, exploring Paris and writing posts, I rarely have time to reflect on the past. As tomorrow marks my one year anniversary as a blogger, I decided to indulge myself by looking backwards rather than forward today.

Written on April 1, I've always thought that this auspicious date gives me an easy out if I decide to stop blogging because I can always say that "Out and About in Paris" is nothing more than an April Fool's Day joke.

The post that gave me the biggest thrill: Behind the Scenes of Roland Garros, Home of the French Open

Just when I was sure that my blog would forever wear the cloak of invisibility, I noticed that the number of visitors was off the charts one evening. Baffled by what had happened, I traced the traffic to a CNN/Sports Illustrated article by Jon Wertheim. By some fluke, Jon had decided that my post about the behind-the-scenes tour of Roland Garros would help his readers get in the spirit for
the French Open. Best of all, the article brought Joseph the Butler to my blog!

Most popular post, according to the statistics: The bracelet scam guys near the Sacré Coeur Funicular

Even though writing it gave me an inkling of what it would feel like to be an investigative reporter, I wish that posts about other people, like Michel Fouchereau, received more attention than the bracelet scam guys.

The kind of posts that I really like to write: The American Cemetery in Normandy and the story of Pvt. John Daum and Touching a different part of the elephant - Grace, an illegal immigrant

While I occasionally get distracted by chocolate (it's Paris, after all!), these are the types of posts that are the most gratifying to write.

The greatest reward of blogging: the people I've met online.

What's next? I don't know. After making a deal with myself to blog for one month, six months and a year, I'm currently negotiating the length of my next contract. One thing's for sure, I still have a lot to write about. Like my visit to Versailles... 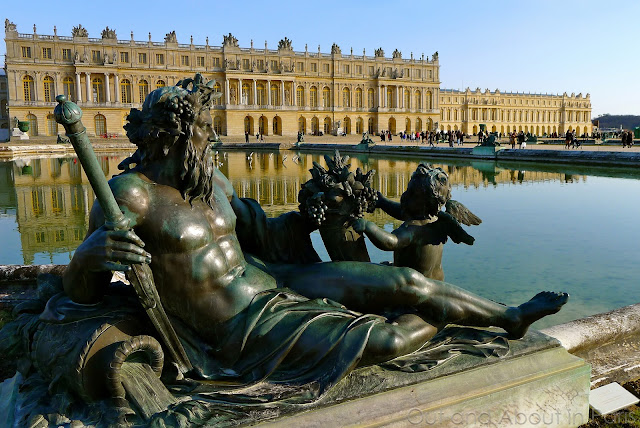