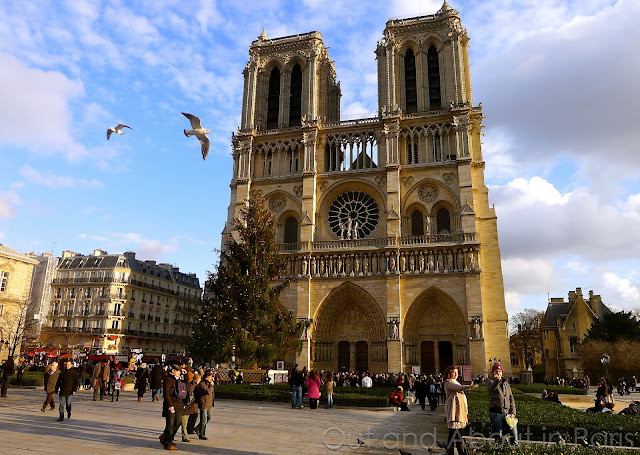 Things are changing at a dizzying speed in France - in a move towards greater equality of the sexes, the government decided to banish "mademoiselle" ("miss") from official forms this week and four of the old bells in the North Tower at Notre-Dame will be replaced by new melodious bells to celebrate the 850th anniversary of the church next year. Many thanks to Joseph and Amy for emailing the following articles to me! Please click on the links if you would like to read more.

"Mademoiselle" Exits Official France, New York Times --  I hope that the near-sighted beggar who keeps waving his coin cup at me and saying "Mademoiselle, Mademoiselle" gets a copy of the official government memo!

Stéphane and I had a good time watching "Things Parisians Say" sent to me by "My Little Paris". If you're not on their mailing list yet, you should be! As always, my ears and mind had to go into hyper drive to understand these fast talking Parisians. I love when the guy, who is obviously late for an appointment, says that he's at Châtelet metro station when he's at Buttes Chaumont (01:32). It's also funny how Parisians describe their fellow citizens as "selfish", "too stupid", "stressed" (01:40) and the 16th arrondissement as "dead, dead, dead, dead!" (01:42). Newsflash: The Rue Saint Denis is the new Rue Montorgueil (01:50) and the 20th arrondissement is the new 12th (01:48).

And many thanks to Nancy for sending the link for an article about tearooms in Paris. I look forward to trying some of them. Speaking of Notre-Dame, today would be a good day to go to The Tea Caddy! Please note that the prices are in francs and not euros.

Her Paris Tearooms: Tea for One

Have you read about something interesting in Paris? I would love to know. Please send me an email at mkoutandabout@gmail.com.

Other news: School vacations mean long lines in front of Versailles. Fortunately, I had booked a guided tour on Tuesday, so I whizzed on past! But look at that blue sky. Spring is almost here. 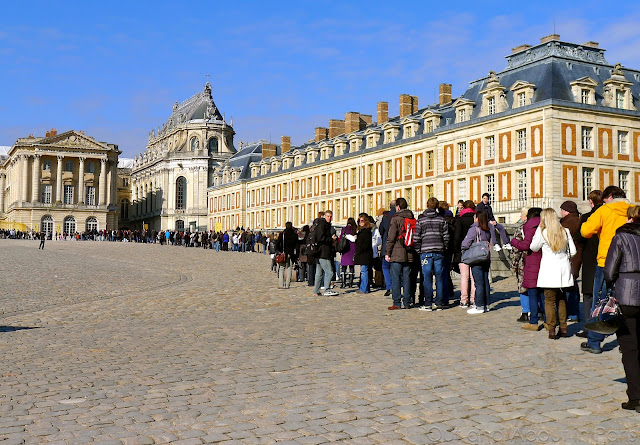