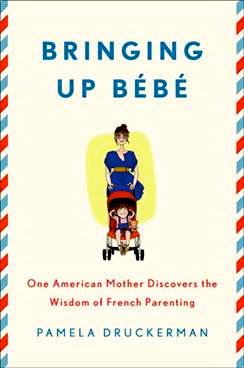 Until the youngest of our two children went away to college, my primary job was raising our "third-culture kids"*. Moving from country to country, I observed other mothers in action and was quite often struck by the cultural differences in parenting. In Switzerland, my doctor, midwife and friends advised me to put our firstborn on a strict schedule. Following their instructions, Sara ate, slept and played according to the clock, just like a good Swiss child. However, when we moved to the Philippines and had live-in household help, the normally acquiescent Filipino women argued that leaving our infant son in a room on his own was akin to child abuse. In their culture, where collectivism is valued over individualism, babies sleep next to their mothers and their needs are met immediately. Rather than looking at a clock to see if it was time to feed Philippe, Virgie and Viola urged me to be guided by his needs.

Watching and learning from my internationally diverse group of friends has convinced me that we parent our children according to what's culturally important to us. So, when I heard that Pamela Druckerman would be speaking at the American Library about her new book, Bringing Up Bébé, I marked the date in red on my calendar, not because I plan to raise another child in Paris but because I hoped that she would provide some insightful clues as to what's most important to the French. I wasn't disappointed.

While Druckerman, who has been overwhelmed by both the positive and negative reactions to her book, says that Bringing Up Bébé is more of a memoir than a manifesto, it's pretty clear that she's convinced that French mothers are on to something good. Saying that she has been transformed as a parent by living in France, Druckerman explained that there are four magic words in French: bonjour (hello), au revoir (goodbye), merci (thank you) and s'il vous plaît (please). According to the author, the French idea is that by making children, even those as young as one, say "hello" when they meet someone ensures that kids learn that the world doesn't revolve around them. In fact, the idea that babies and small children are rational beings and should be treated accordingly permeates Druckerman's anecdotes. She explained that while French mothers don't specifically teach their young children patience, there are ongoing lessons about how to delay gratification. Druckermann, who used to inhabit a world where moms carry a constant supply of Cheerios in Ziploc bags, was initially amazed that French children are able to wait for their goûter, the official snack time around 4:00 pm.

As almost all of my parenting years were spent abroad, I was surprised to hear Druckerman's descriptions of the intense "Mommy Wars" in the United States that pit working mothers against those who stay at home. According to the author, there isn't the same sort of competition between mothers in France because almost all of them put their babies in daycare and happily return to work at the end of their maternity leave. When Druckerman asserted that French women can technically have it all because there isn't the same sort of social pressure to stay at home, I found myself thinking of a recent article in the New York Times where Valérie Toranian, editor-in-chief of Elle magazine in France, said that French woman are exhausted. Sound familiar? Well, apparently it's even more difficult when you're expected to work, cook a delicious dinner, look immaculate in stiletto heels and raise children who say bonjour to everyone. When I questioned Druckerman during the book signing session as to her thoughts on why French women are the largest consumers of anti-depressants in Europe, she responded that it's because they're so inexpensive in France before adding that she's frequently asked this question and hopes to address it in her next book.

While I'm relieved that NBC's Today Show segment about Bringing Up Bébé wasn't my first introduction to Pamela Druckerman because I found myself more interested as to why she was wearing a black beret in her apartment in Paris than in what she was saying, she made many excellent points during her talk at the American Library. Appearing sans beret, Druckerman was less of a polarizing Francophile and more of a mother trying to figure out how to best raise her children in a foreign land. As another mother, I applaud her efforts.

What do you think? Can we learn something from the French about rearing children? It's not only the Anglophones who are interested in Druckerman's book. A camera crew from the German television channel ZDF filmed her talk last night.