Riddle for the day: What does a Swiss man notice in Paris? 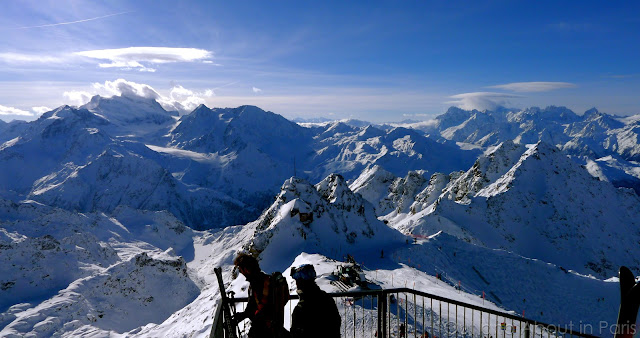 What does a Swiss man notice in Paris, the most beautiful city in the world? If you answered a) one of the famous monuments, b) romantic restaurants or c) seductive Parisian women, you haven't met my husband. Come to think of it, while I've occasionally noticed Stéphane's eyes following an attractive female long after she has disappeared in the distance, he's always smart enough to fervently deny it. So, even though c) could potentially be the correct answer, it's not.


Last Saturday night, while walking home with some friends from Bistro 31, one of our favorite neighborhood restaurants, I overheard Stéphane say that he wanted to show them something. Intrigued as to what it could be it, I was surprised when we stopped in front of the Volvo dealer and he pointed his finger at the Volvo V60 in the window. Can you guess what caught his eye? Although the answer is fairly obvious if you're Swiss, you may want to click on the photo to enlarge it if you're not. And, no, the answer isn't simply "the skis" (they're Rossignol and not Stöckli, anyway!). That would be too easy.
Personally, I think that Stéphane's just upset that he hasn't been skiing this year. It's really hard for a Swiss guy to live in a place that doesn't have mountains and easy access to the slopes. Plus, there's always a bit of one-upmanship between the Parisians and the Swiss French, where the Parisians usually have the upper hand.

Answer: Just as a Parisian man would notice if the Mona Lisa was hanging upside down in the Louvre, Stephane saw that the tips of the skis were pointing towards the front of the car rather than the back. Thinking that aerodynamics may not play such an important role with more modern ski racks, I did a google search and found that it's still the recommended way to transport your skis. Needless to say, the incorrect placement gave Stéphane a good chuckle because the city slickers at Volvo don't know how to load skis. To make matters worse, I'm fairly sure that the Volvo salesmen thought that I was interested in purchasing a V60 when I asked if I could take photos of it for my husband.

My apologies if my comment that "the answer isn't simply 'the skis'" was confusing. I was trying to give you a bit of a hint by using the word, "simply" but was told by my daughter that I actually made it more difficult. I'm sorry! 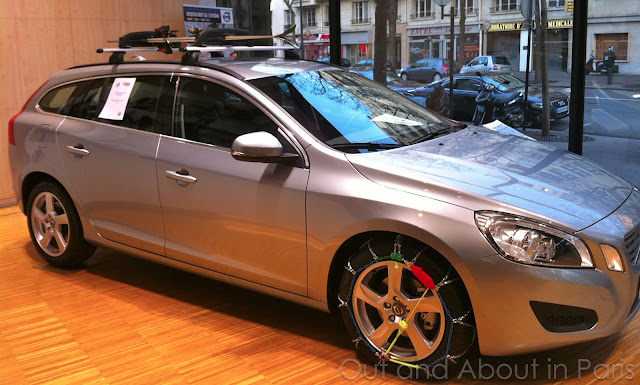