Carnival - a hot celebration in Paris! 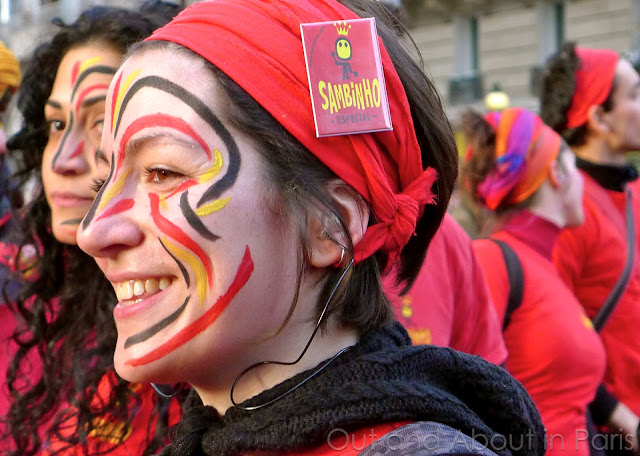 After spending three years in Trinidad, where Carnival is a festive season that lasts a couple of months rather than a couple of days, Stephane and I were anxious to see what it looks like in Paris. As it was the French planters who introduced this celebration to the Trinidadians when they first settled on the Caribbean island in 1783, we wondered if there would also be huge masquerade bands of people dressed in skimpy costumes, steelbands playing the latest calypso tunes and lots of "Carnival babies" born nine months after the revelry. Marking the parade route on a map, we hurried over to the 10th arrondissement to join the fun yesterday afternoon. 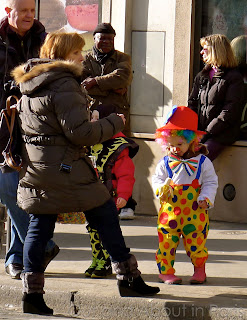 Since it was much colder than we had expected, we grabbed a window seat in a cozy cafe on Rue du Fauburg du Temple. Just as we were preparing to order something hot to drink, an adorable little clown in pink boots appeared and I suggested that we wait outside so as to not miss any of the action. While the minutes ticked by without a sequined costume in sight, Stephane made frequent forays into the McDonald's across the street to warm up and to keep me supplied with macarons, cappuccino and hot chocolate topped with a miniature mountain of whipped cream. After more time passed, Stephane and I finally sought refuge in the McDonald's and shared a Big Mac with fries. 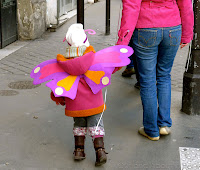 With bulging bellies, we were just about ready to give up and go home when we heard the first strains of drumbeats and followed a cute little butterfly to the parade, like moths towards a hot flame. We both agreed afterwards that it was well worth the wait.


Carnival - Parisian Style
As always, click on any of the photos to enlarge. 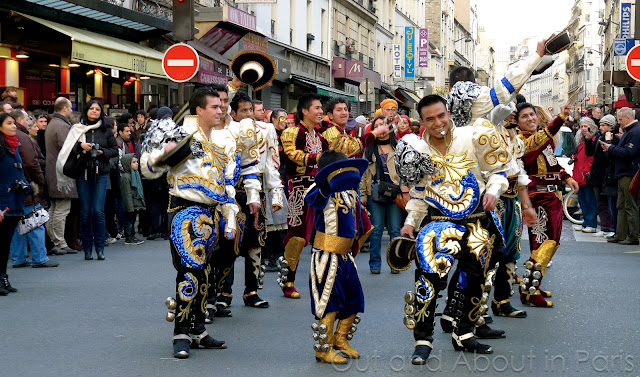 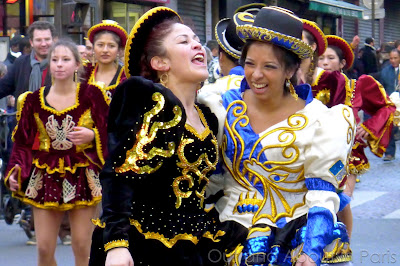 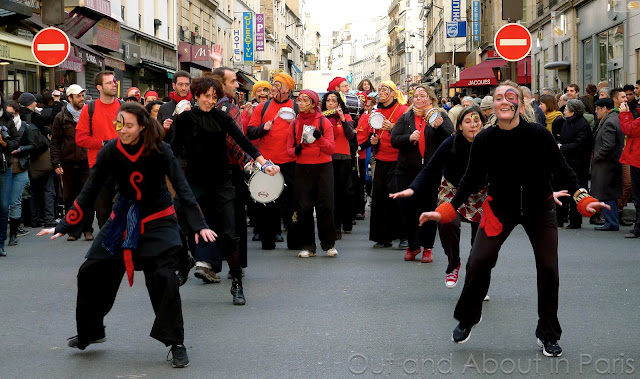 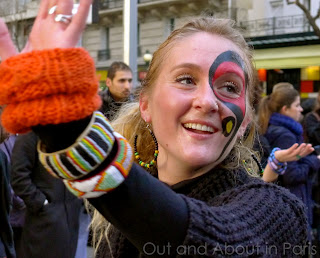 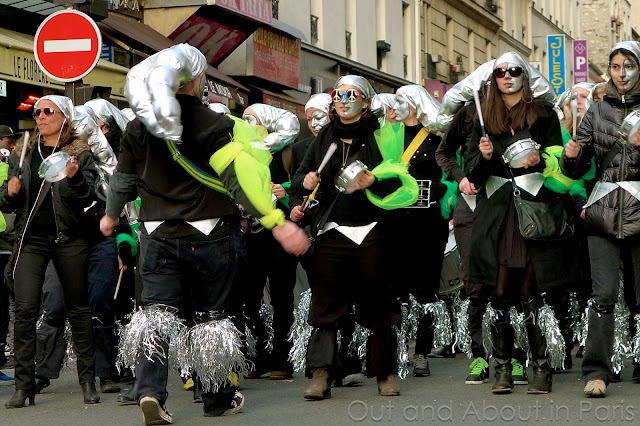 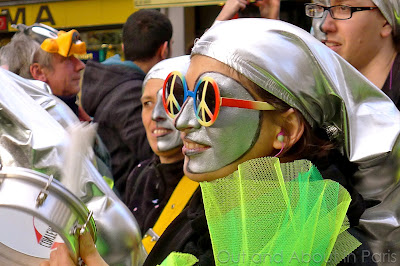 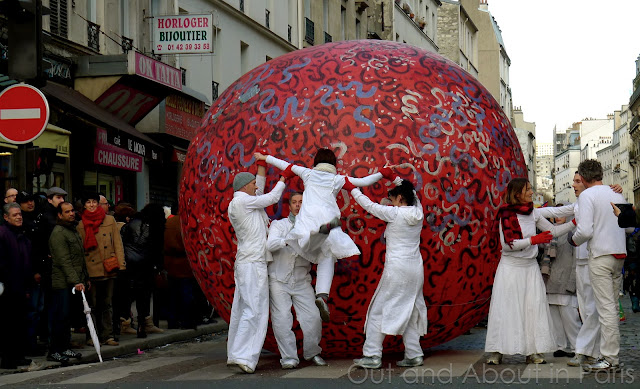 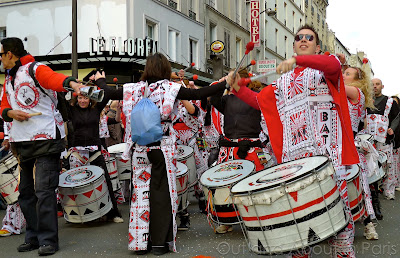 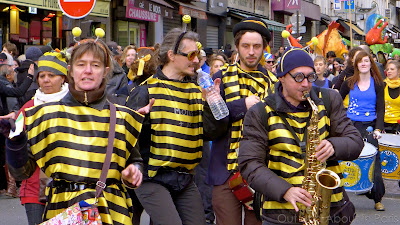 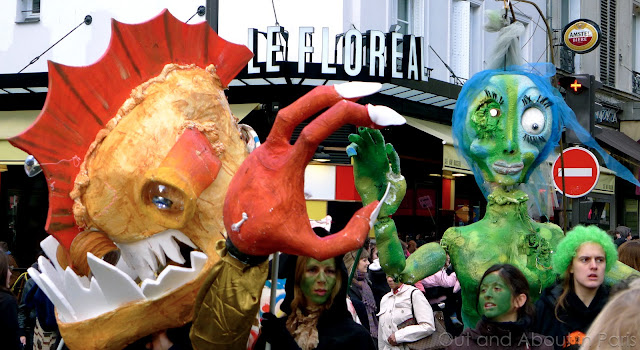