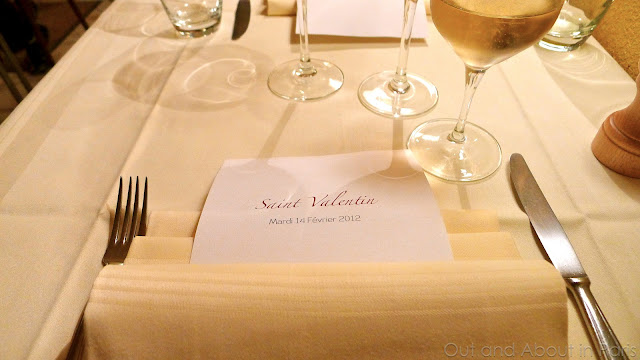 Now that Valentine's Day 2012 has come and gone, Stephane and I are left with fond memories of our dinner at Je thé...me, a romantic restaurant whose name is a play on the French words for "I love you" (Je t'aime). 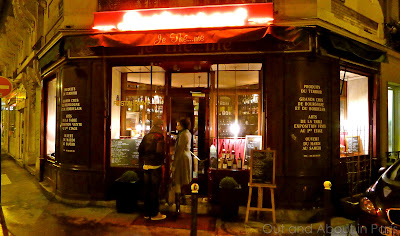 Situated on the corner of Rue d'Alleray and Rue Francois Villon, two narrow streets in the 15th arrondissement, Je thé...me is well off the beaten track for most tourists. But that didn't stop Anthony Bourdain, a celebrity chef and host of The Travel Channel's Anthony Bourdain: No Reservations from discovering it when he was looking for tripe and kidneys while visiting Paris for the 100th episode of his show. Now, I've got to admit that I wouldn't have been as excited about this cozy restaurant if I would have known that its claim to fame in the United States is offal, but since I only learned about Anthony Bourdain when his name kept appearing in enthusiastic reviews and hadn't seen the aforementioned show, I was eager to try it. 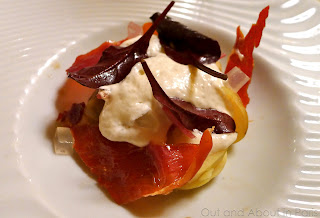 Retour de Montagne is the chef's ode to traditional mountain foods - potatoes, Reblochon cheese and air dried meat. Reminiscent of meals normally eaten in Alpine chalets after a day of skiing, the creamy concoction was hearty yet amazingly light at the same time. Good thing because I still had two more courses to go! 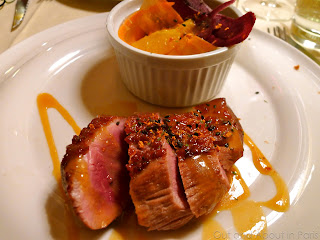 As there's nothing more succulent than duck breast when it's prepared to perfection, Un Malard, Une Orange was a superb choice. Served with seasonal vegetables, there wasn't the tiniest speck left when they removed my plate. 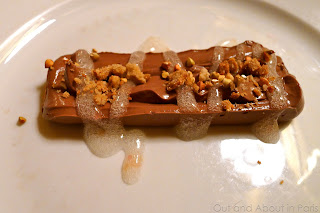 And since Valentine's Day wouldn't feel like Valentine's Day without a bit of chocolate, I opted for the luscious Tarte Chocolat Sarrazin for dessert. It was a sweet way to finish an outstanding meal.
If you would like to watch Anthony Bourdain's segment on Je thé...me, it starts with a visit to a butcher at 06:10 on the video. If you want to skip the close-ups of the cows' heads, intestines and tongues, start at 06:49.
Je thé...me
4, rue de Alleray
75015 Paris
The three-course dinner menu, which changes several times a year, is 38€ . Otherwise, you may also order individual courses. Starter: 12€; Main Course: 23€; Dessert: 9€.
While we would have liked to sit downstairs, we felt very lucky to get the last table upstairs since we had only reserved the day before Valentine's Day.
Click to read more reviews of Je thé...me on Yelp and Trip Advisor. 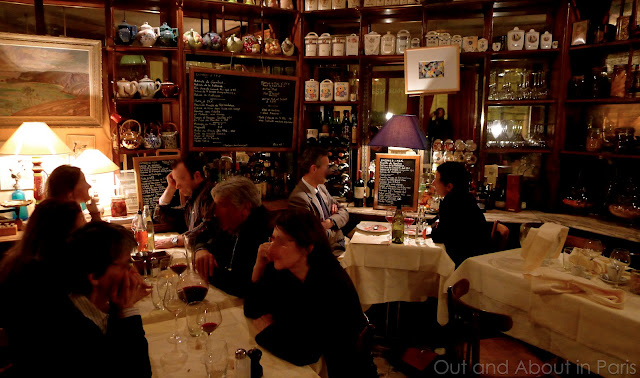