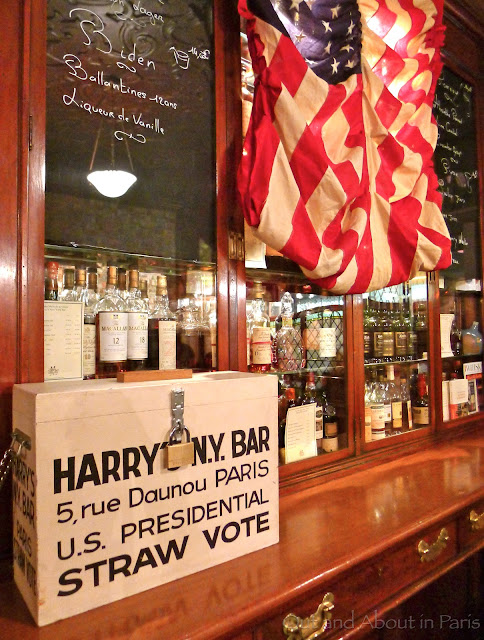 Bonjour! The utterance of this simple greeting is all that it usually takes for French people to know that I'm not one of them. In fact, I've gotten so used to everyone immediately identifying my accent that I was completely caught off guard last night when the waiter at Harry's Bar told me in no uncertain terms that only Americans are allowed to participate in the legendary U.S. Presidential Straw Vote. Baffled by his response, I replied, "Mais, je suis Americaine" to which he retorted that he would need to see official proof of my nationality. After telling Stephane that I really thought that my accent would be all the evidence that they would need, I started flipping through the cards in my wallet: French driver's license, Swiss identity card, museum memberships, American Library card - nope, nothing that shows that I was born in the USA.

Americans, who plan ahead and take their passports with them to Harry's Bar, are given a slip of paper on which to cast their ballot. The votes are meticulously counted every evening and a running total is printed on the mirror behind the bar. On November 3, the final results will be made public. At the moment, the 2012 Presidential election has split the clientele of Harry's Bar down the middle with 76 votes cast for Obama/Biden and 74 for Romney/Ryan. Most remarkably, the straw vote at Harry's Bar has accurately predicted the results of 23 out of 25 elections during the past 87 years. 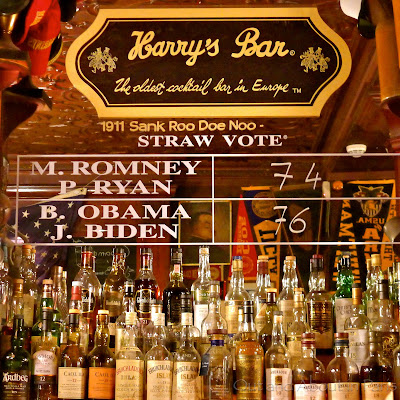 Open seven nights a week, I'm happy to have a legitimate reason to return to Harry's Bar to cast my vote prior to November 3. While I'm there, I may order a specially created Obama, Romney, Biden, or Ryan drink or one of their other original creations, like a Bloody Mary, French 75, Side Car or The Monkey Gland. Just in case the waiter doesn't pick up on my accent, I'll be sure to have my blue passport with me!

By all accounts, it seems that Harry's Bar is THE place to be on election night. 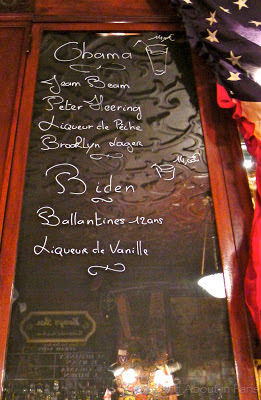 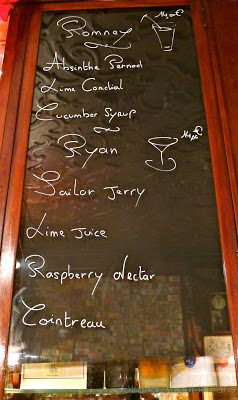 I go out most nights
Attracted by the lights
Listen to the jazz in Harry's Bar...