It pays to be a friend! 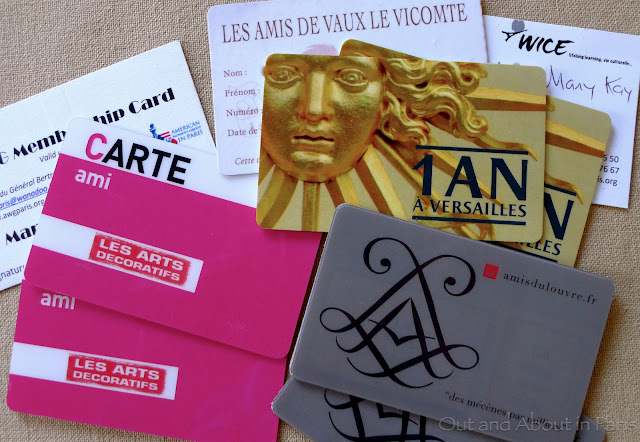 It's less than an hour until my father-in-law's train pulls into Gare de Lyon and I'm in a panic. It's not that the apartment is a mess or that we don't have any food, it's that the elevator is broken. Climbing the stairs to reach our fifth floor apartment is going to be a real challenge for Werner and his friend, especially after ...

Cue ringing sound of an incoming call on Skype followed by my son's voice as he excitedly reveals the news that his girlfriend has booked her plane ticket to come to Paris for the very first time in December. Put unfinished blog post aside for another day.

(Another day, aka Monday morning)

We made it! That's the first thought that came to mind as I watched the almost unrecognizable golden globe of the sun peeping over the horizon this morning. The elevator is still broken, which meant many slow treks up and down the spiral staircase interspersed with huffing, puffing and jokes about heart attacks, but the torrential downpour has finally stopped. Thank goodness because the rain proved to be as much, if not more, of a challenge for my 81 year old father-in-law and Mercedes than the stairs.

The good news is that we could bypass the long lines of people huddling under their umbrellas in front of the Musée d'Orsay on Saturday afternoon because I'm a friend, "une amie", of the museum. In fact, some of my best friends in Paris are museums, or at least that's what you would think if you opened my wallet because it's stuffed full of cards for the Louvre, Versailles, Musées des Arts Décoratifs and Vaux le Vicomte.

All that it took for the Musée d'Orsay to call me its friend was a completed application form and €58*. In return, an invitee of my choice and I have unlimited access through a reserved entrance for the permanent collections and temporary exhibitions for an entire year. Additionally, I receive reduced rates on guided tours and concerts and discounts in the gift shop and restaurants. If you're under 35, a solo card is €25 and a duo membership is €40. Since many museum memberships are tax deductible, there's a good chance that you'll actually end up saving money. Just be sure to keep your receipts!

Stephane and I will definitely return to the "Impressionism and Fashion" exhibition a couple of more times before it travels to the United States in 2013. Not only is there too much to absorb during one visit to this fascinating exhibition curated jointly by the Musée d'Orsay, Metropolitan Museum of Art and The Art Institute of Chicago, but it's also a unique opportunity to see Gustave Caillebotte's "A Rainy Day" and Pierre-Auguste Renoir’s "Madame Georges Charpentier and Her Children" while these paintings are exceptionally in Paris. As regular admission to the museum and the exhibition is €12, or €24 for two, we're almost halfway to recovering our initial costs.

*My "Carte Blanche Duo" was €58 rather than €70 because of a partner reduction since I'm also a friend of the Louvre.