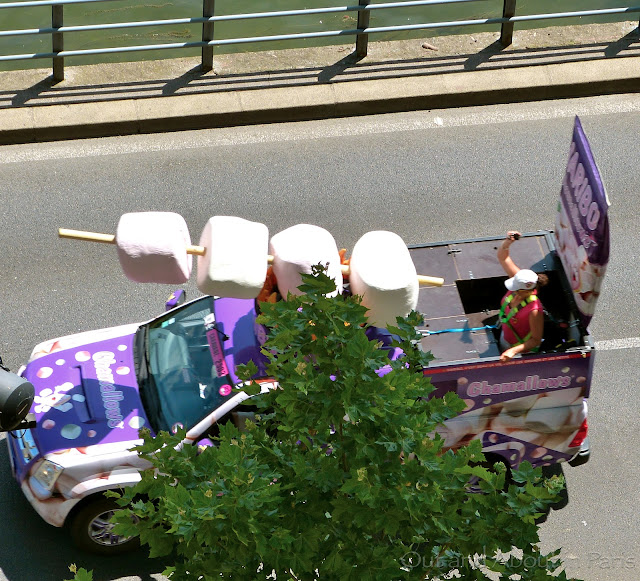 Beep-beep! Beeeeep-beeeeeep! Bonjour Paris! Beep-Beep! Shaken out of my revery by the cacophony of horns tooting outside my living room window, I flung open the balcony door and gazed downward just in time to see four giant marshmallows on a huge skewer passing below me. What was going on? Was Paris being invaded by sugary sweets? Noticing my neighbor craning her neck to get a better view of the Voie George Pompidou, I asked if the noisy parade had anything to do with the Tour de France. When she replied that it did, I felt as if I had won the lottery. Rather than watching the cyclists ride down the Champs-Élysées with hordes of other people later that afternoon, I could welcome them to Paris from Pont Mirabeau. 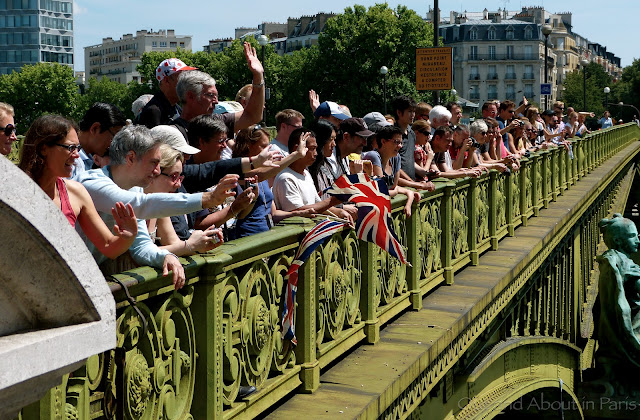 Grabbing my camera, cell phone and keys, I rushed down five flights of stairs as fast as my feet could carry me to join the crowd already assembled on the bridge. As one promotional vehicle after another whizzed past, a Dutch lady pointed at our building to ask if it had an elevator. Incorrectly assuming that she was looking for an apartment to buy or rent, I assured her that it did at the same time that the woman on my right responded to the tourist's question. And that's how I learned that congregating on the bridge is an excellent way to meet your Canadian neighbors. It's just a pity that we didn't do it any earlier because they're moving home at the end of the month after an all-too-short (according to them) one year stint in Paris. 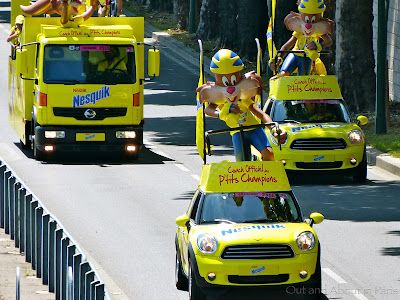 As the minutes ticked by and turned into a couple of hours, our Canadian neighbor kept us posted on the proximity of the cyclists by tracking their progress online. "They're going downhill", "Now they're on a flat stretch", "For some reason they're cycling at 18 km an hour". What? Wondering why they were going so slow, I started following the Tour de France on Twitter and saw that it was at about this time that Bradley Wiggins drank his celebratory champagne.

After showing the picture of the British champion to our neighbors and tweeting that the cyclists should pick up the pace, the crowd on Pont Mirabeau was ecstatic when we finally saw the cluster of athletes round the bend in the distance. 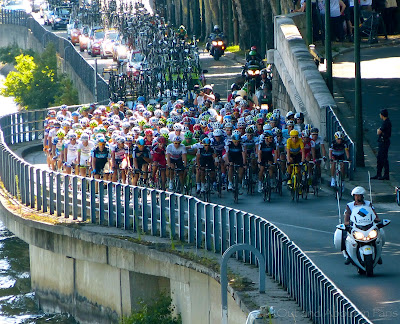 Within seconds they pedaled closer and closer... 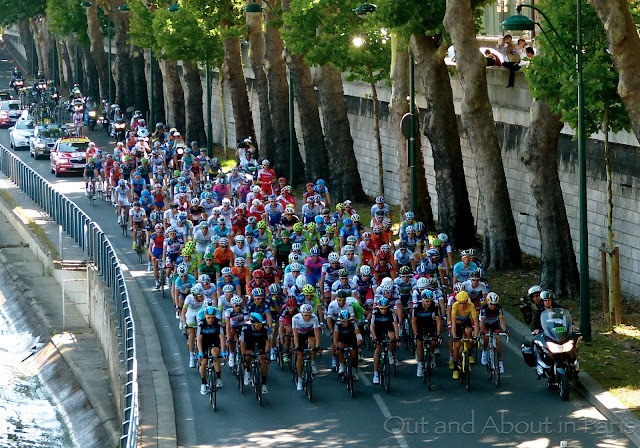 until they passed directly under the bridge on their way to their historic ride on the Champs-Élysées.

Congratulations to Bradley Wiggins, the first British champion of the Tour de France, and Mark Cavendish, the winner of the final sprint. There were a lot of happy fans from the United Kingdom in Paris yesterday afternoon! 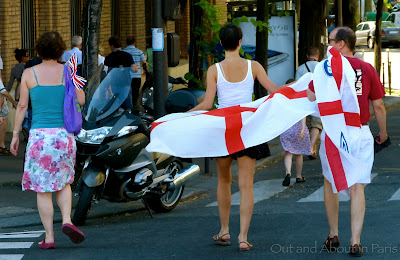 Here's a somewhat shaky video of the cyclists' approach to the bridge that Stéphane filmed with his phone. Sorry for the woman's clapping hands but at least it gives a good idea of the enthusiastic welcome that the riders received as they passed under Pont Mirabeau.