Bread, cheese, boeuf bourguignon, onion soup, confit de canard, steak frites, macarons. The exquisite array of food is one of the first things that comes to mind when I think of Paris. But imagine if your religion forbade you to eat or drink from before the start of dawn until sunset. That's a long time, especially on July 21 when the sun rises around 6:11 a.m. and sets at approximately 9:43 p.m. Following the dictates of their religion, not a morsel of food or a drop of liquid passed the lips of most Muslims yesterday because it was the beginning of Ramadan, a period of 29 or 30 days during which Islamic belief instructs adherents to turn their hearts away from worldly activities to cleanse the soul and free it from harmful impurities. Only the elderly, the chronically ill and the mentally insane are exempt from fasting, as are pregnant women and those nursing babies or menstruating. All other Muslims must refrain from eating to practice self-discipline, self-control, sacrifice and empathy for those who are less fortunate.

After experiencing five Ramadans in Indonesia, the country with the world's largest Muslim population, I decided to request a couple of invitations for the annual soirée hosted by Bertrand Delanoë, the mayor of Paris, at the Hôtel de Ville and join the Muslim community as they broke their first fast.

Seeing all of the people listening to the concert in the magnificent Salle des Fêtes and patiently waiting for the moment when they could eat reminded me of when we made the mistake of moving from one house to another in Indonesia during Ramadan. Imagine the movers, who were carrying heavy furniture and working in the tropical heat, adamantly refusing to drink or eat because it was against their religion. In between worrying that one of them would succumb to exhaustion or that they would drop our heavy teak furniture, I admired their conviction.

Just as in Indonesia, there was a great sense of elation with the setting of the sun and the breaking of the fast last night.

As soon as their bodies were fortified, everyone returned to the Salle des Fêtes to dance to the tunes of Fanfaraï, a brass band with a profusion of trumpets, saxophones, a trombone and a tuba. With eleven musicians of various cultural backgrounds, they play energetic North African music by skillfully blending brass, traditional percussion, arabo-berber, afro-cuban, latin and jazz sounds.

Happy Ramadan! And best wishes to the hundreds of Muslim athletes who have decided to fast while competing at the Olympic Games in London. 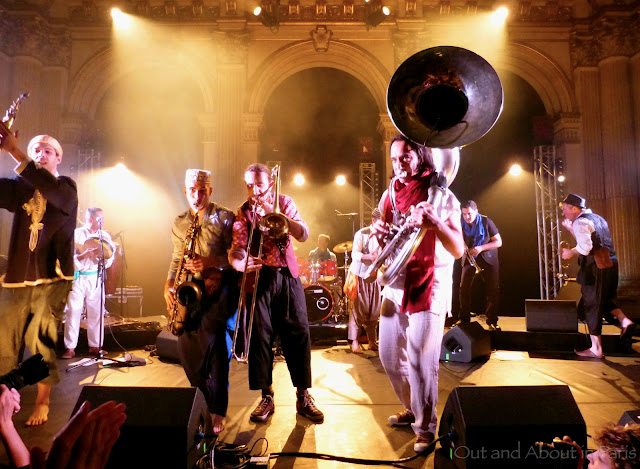 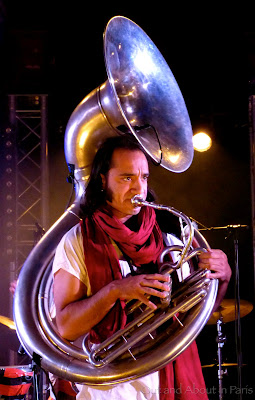 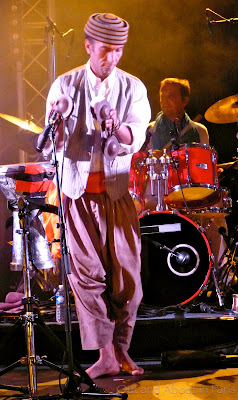