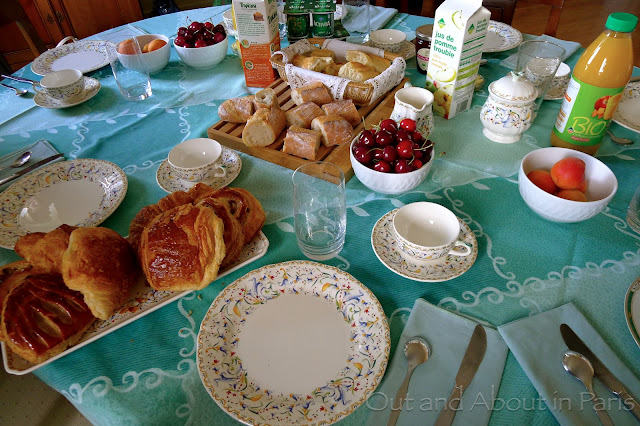 Whatever you call them, if you've lived in the same place for years you probably have a network of friends with whom you can share whatever is going on in your life. Friends understand you and you understand them. It's not necessary to tell them how you met your spouse, where you went to school or how many children you have because friends already know. Likewise, you know that they're worried about their aging parents, scared of thunderstorms and inclined to start singing after a couple glasses of wine.

Imagine moving to a big city where you don't know anyone. Where would you go to find new friends? If you don't have children or are an empty-nester, you can't connect with other expats at the international school because teachers are immediately suspicious of lone women lurking around the school grounds trying to blend in with the real moms. You could join one of the local organizations, like the American Women's Group or WICE, but unless you enroll in a class, you'll probably find that it's hard to get to know anyone during the short excursions or coffee mornings. Plus, people are inordinately busy in Paris - forever coming and going - making it even more difficult to build relationships.

That's why I'm really thankful to Aussie in France for organizing periodic get-togethers for expat bloggers in Paris. Most recently, she hosted a breakfast at her apartment overlooking the Palais Royal. In between munching on some kind of a baguette/croissant crossover and sipping robust coffee, we chatted about blogging, some exciting new projects and life in France, of course!

If you aren't already familiar with the following websites, I encourage you to check them out because all of the bloggers have a unique view of life in the most beautiful city in the world.

Aussie in France - An Australian married to a Frenchman, Aussie is longtime resident of Paris and has a gîte, a self-catering holiday accommodation for two, in the Loire Valley.
Denise from Bolton - An English woman who lives in Bolton yet manages to visit Paris every chance that she gets. Her blog is a diary of her journey through life.
Femme Francophile - An Australian who has been learning French since 2001. Passionate about France and all things French, Femme Francophile divides her time between France and Australia.
Paris Weekender - An amazingly energetic American lawyer who somehow manages to have a blog, renovate an apartment in the Marias and work full-time. Her secret - she doesn't sleep.
Un homme at une femme - An American who is on a mission to bring kale, the healthiest green vegetable, to Paris. Be sure to check out The Kale Project. I'm already dreaming about all of the delicious salads that I'll be eating as soon as the first crop is harvested in September!
Carams - An Australian photographer whose artistic photographs will have you longing for a trip to Paris, even if you're already here. She's about to launch a new project that I hope to be able to share with you in the near future.

Some of my blogging buddies: Femme Francophile (front), une femme and Aussie. As I was so absorbed by the conversation during breakfast, I completely forgot to get a group shot. My apologies to Denise, Paris Weekender and Carams. 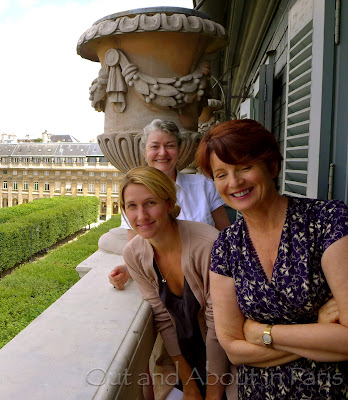