Friday night at the Firemen's Ball - Bastille Day in Paris 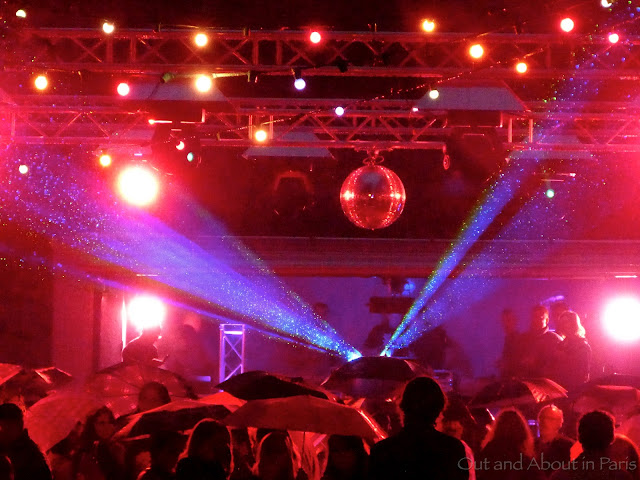 It rained, it poured - but the torrential downpour didn't dampen the spirits of the revelers at the Firemen's Ball in the 15th arrondissement last night. After passing through security and depositing a donation in the traditional wooden barrel, Stéphane and I entered a large courtyard and were pleased to see that there was a good turnout in spite of the lousy weather. 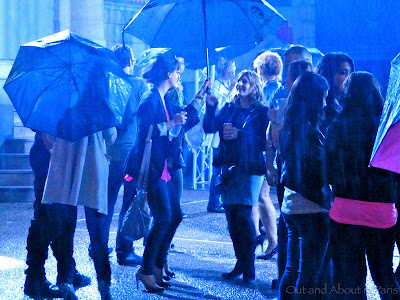 Young women hoping to catch the attention of the well-built firemen were out in droves, or perhaps they were waiting for the stage show to start. Rumor has it that some of the firemen actually start more fires than they put out by going Full Monty at these annual fundraisers. Unfortunately, Stéphane wasn't in the mood to hang around until 4:00 am for me to get photographic evidence. But there were lots of firemen serving drinks at the champagne bars and grilling hotdogs at the food tent. 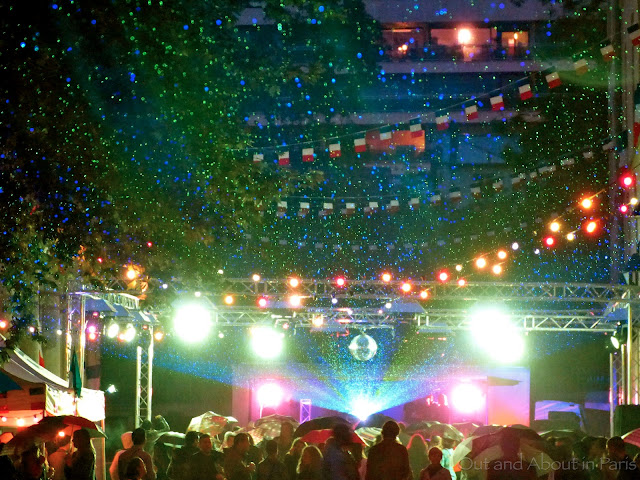 If the bad weather kept you inside last night, it's not too late to go to one of the many traditional dances hosted by the Brigade of Firemen of Paris (BSPP) on Bastille Day. Hopefully, you'll be able to leave your umbrella at home. Click here to see the list of stations hosting festivities. I wonder why the firemen in the 16th arrondissement don't join in the fun!

Did Stéphane and I dance? Nope! He was busy holding the umbrella while I took lots of photos. Rather than ruin the evening, the rain created some interesting effects. 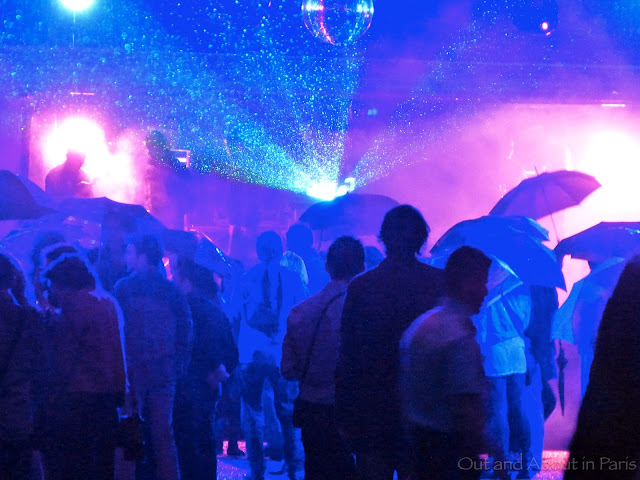 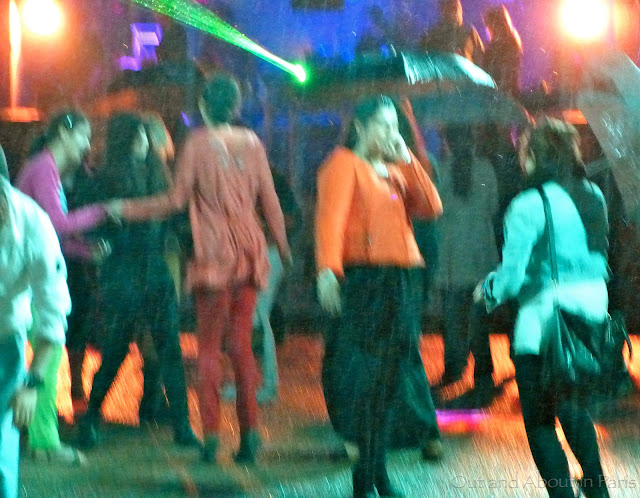